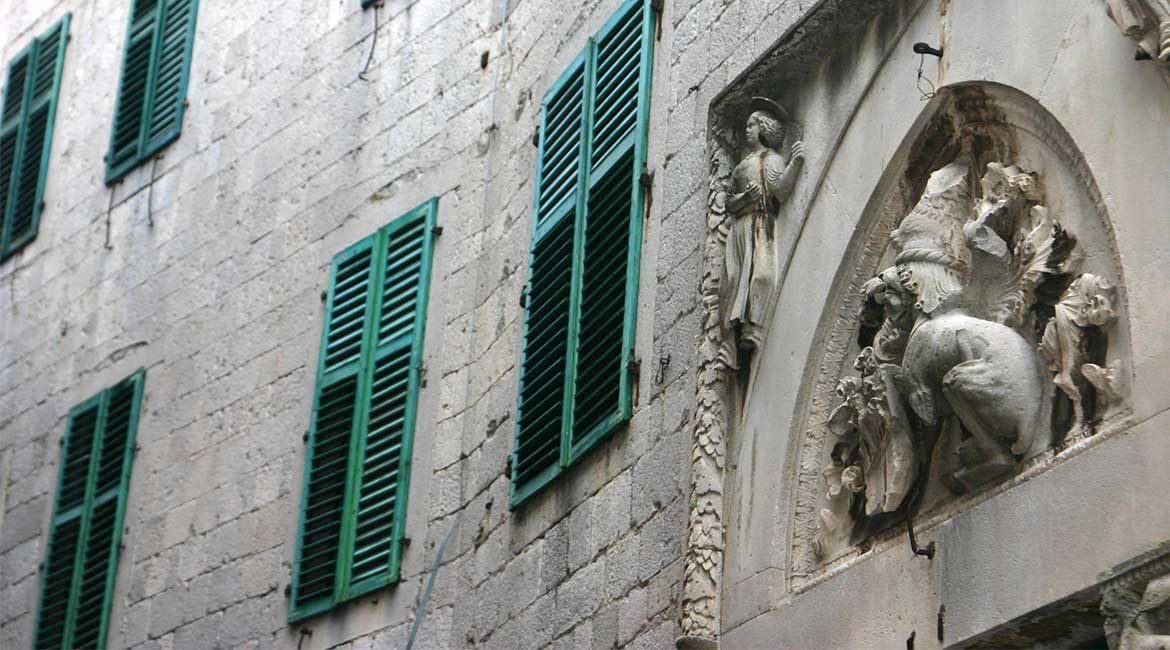 It was built in the middle of the eighteenth century in a simple form without any decorative elements. The only decorative element worth mentioning is the Gothic portal that belonged to the Bizanty family. The portal presents the real masterpiece of the floral Gothic.

The Palace belonged to the died out family Beskuca, which was particularly powerful by the end of the thirteenth century when they became a member of the nobility. The family legend says that the Count Jozo Beskuca wanted to have a hundred houses in his possession and change his surname into Stokuca, but he did not succeed in it. After the family Beskuca died out by the beginning of the nineteenth century, the Palace became the property of the Kotor Community.