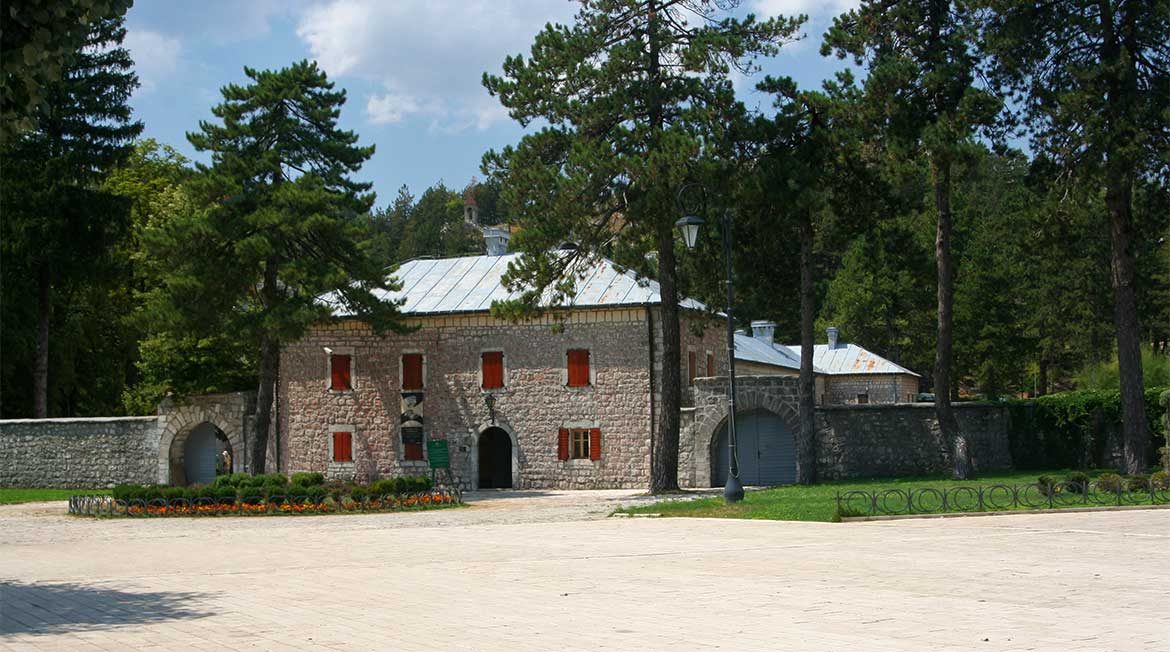 Biljarda was the former residence of Petar II Petrovic Njegos. It is located in the historic center of Cetinje, close to Cetinje Monastery. It was built in March 29,1838  by the plan of the Russian emissaries James Ozerckovskog and with considerable financial help from Russia. Initially called the new house, but soon got a new name, Biljarda, after the game of billiards, the poet’s favorite game.

Until 1867 Biljarda served the heirs of Njegos as a residence, first to the Prince Danilo, and then, briefly, to Prince Nikola. This remarkable building that is primarily related to Njegos, except for residential purposes at certain times it also served to accommodate a variety of state institutions. It was temporary a seminary and a seminary high school.

At the beginning of the 20th century it was used to accommodate the ministries, and between the two world wars for the military institution. Nowadays the Biljarda serves as the museum of the author Njegoš.