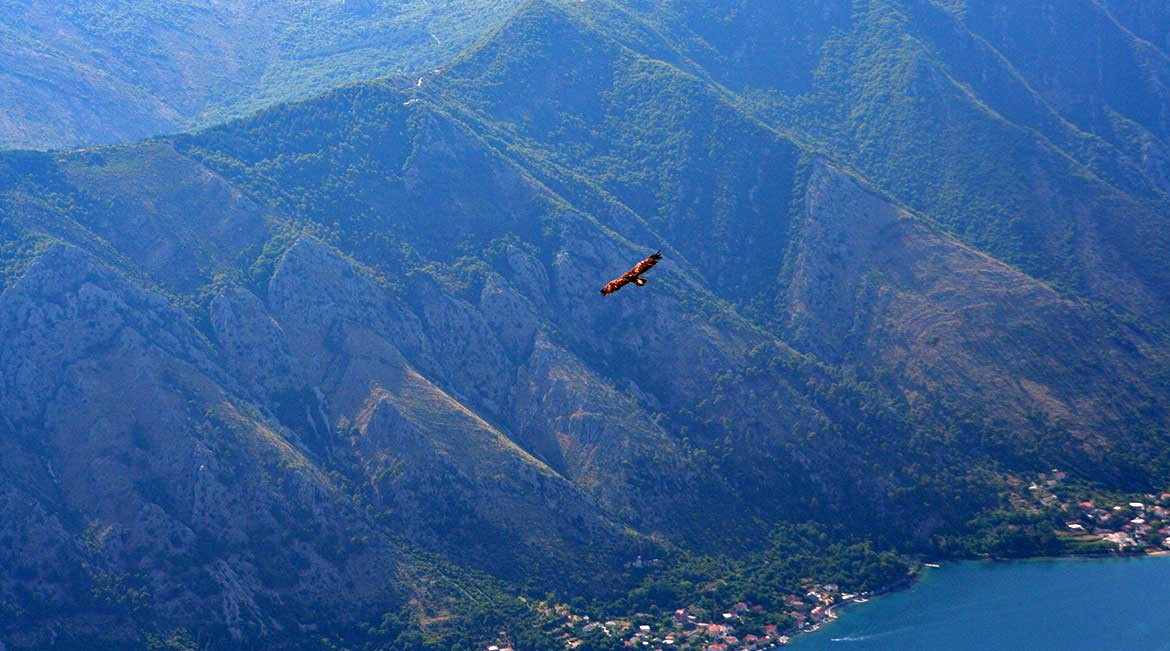 Despite its tiny size, less than 14 000 km2, Montenegro certainly offers some exciting birding destinations, either in the mountains or along the c.200 km of seacoast. Habitats to bird in vary from bare alpine terrain, rocky areas and pastures to coniferous forests, southern European and sub-Mediterranean forests, and, finally, Mediterranean vegetation. Forests still cover an impressive 37% of Montenegro, but along the Adriatic coast grazing and fires have reduced the natural Mediterranean deciduous woods of oak to maquis and garigue.

Coniferous woods (mainly black pine) are widespread on slopes of higher mountains, while dwarf pine on mountain tops is threatened by the illegal burning to create grazing land. Further inland, there are areas such as Cemovsko Polje (dry steppe habitat at the outskirt of the capital Podgorica), Plav Lake, Niksic Reservoirs (especially Slano and Liverovici), Mt. Durmitor (IBA), Mt. Biogradska Gora (IBA), Mt. Bjelasica, Mt. Komovi and Mt. Prokletije, also canyons of rivers Piva, Tara, Moraca and Cijevna. If you are birding Montenegro during migration, Ulcinj Saltpans are on a “must-see” list. If visiting in breeding season, concentrate on Skadar Lake and Durmitor.