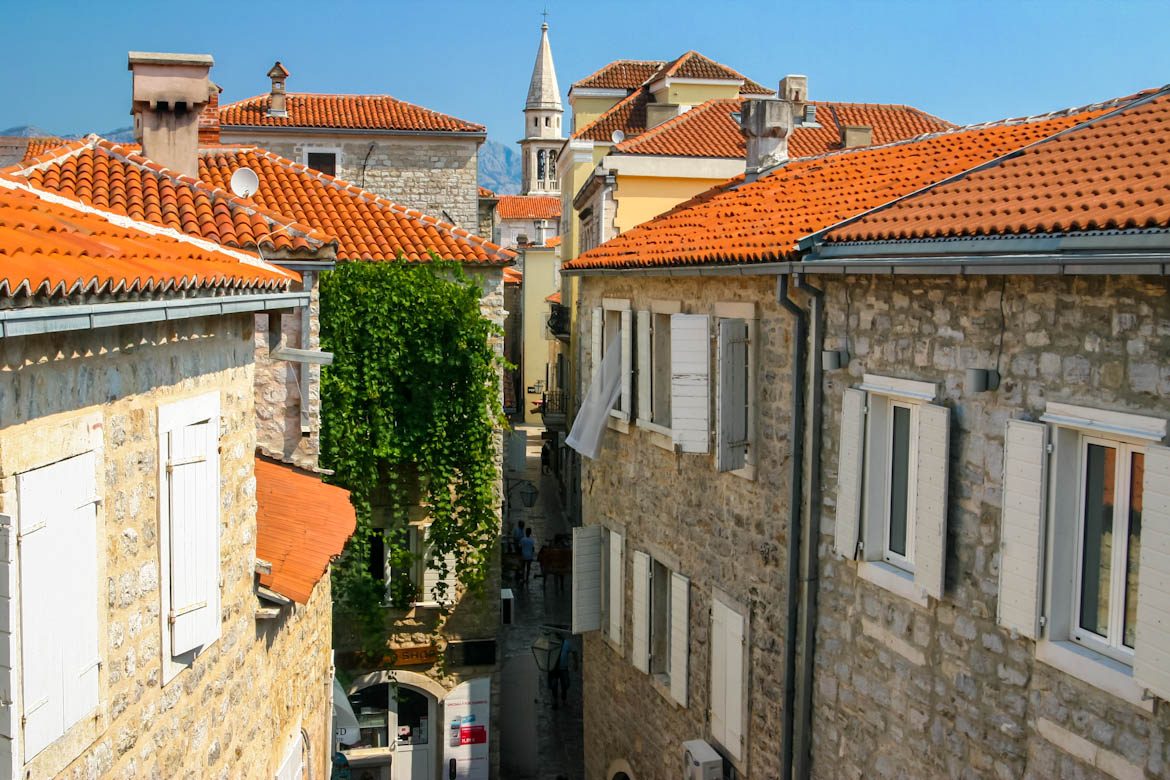 The Old Town in Budva has many different tales and stories of its origin. Scholars and historians believe it to be originally an island, which later joined the shore to form a sand isthmus. The Old Town, along with the city of Budva was said to have been discovered by a Greek sailor by the name of Boutoua.

Eventually the Roman Empire took over the whole Montenegrin coast influencing it greatly. Much of the architecture in the Old Town is of Venetian origin. Doors, hinges, windows, balconies and many other small but noticeable things seem to hold Roman style. There are also three main churches in the old town.

The first is Sveti Ivan’s which was built in the 7th century AD , second Santa Maria in Punta dating from 840 and the third, Sveti Trojica, which was built in 1804. The Old Town is also famous for the earthquakes in suffered in 1979, where the whole town had to be rebuilt; it took 8 years (until 1987) for it to be completely finished. You can enter in Old Town from one of five entrance doors.