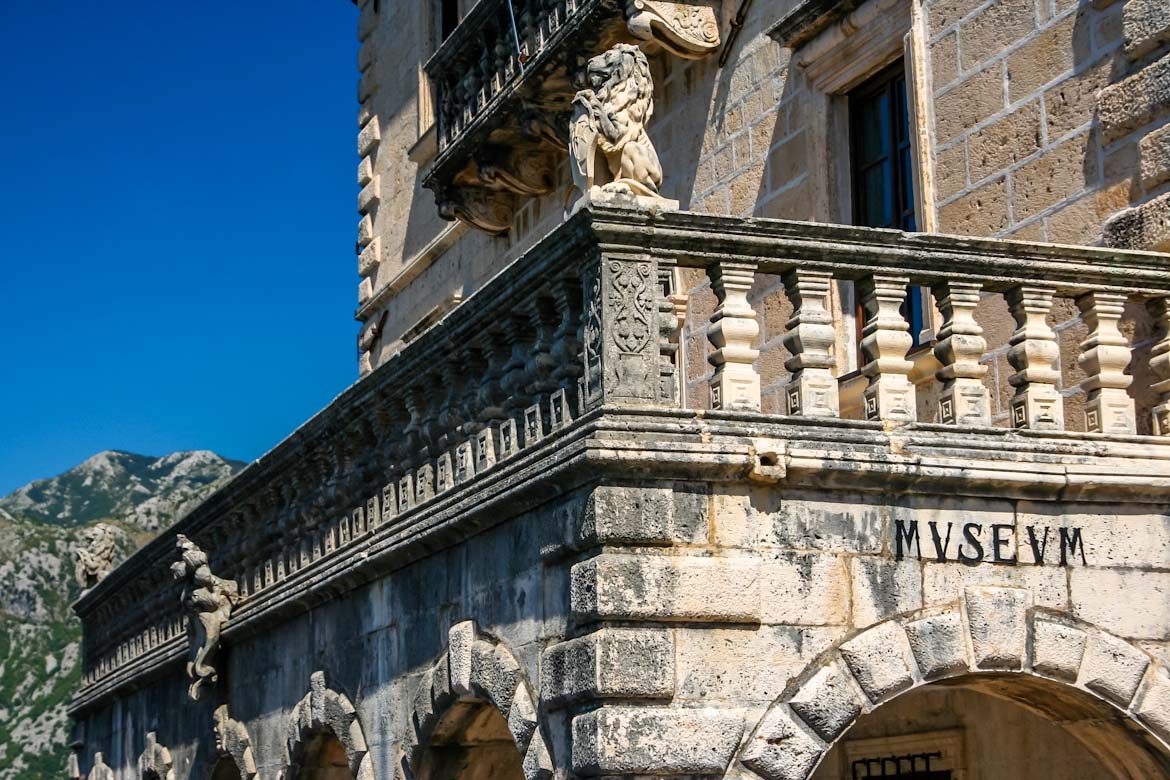 Bujovic palace is located in the western part of Perast, at sea. There is a tradition that it was built with hewn stone walls destroyed in Hercegovina after the liberation from the Turks in 1687. However, on three stone tablets on the facade is the information of the year 1694, as a beginning of works on the palace. The palace was built by brothers Ivan and Vicko Bujovic from casadas Stojsic.

One of the most beautiful baroque buildings in the entire Adriatic coast and the work of the architect Giovanni Battista Fontana of Venice. The basic lines of the palace actually dominates the renaissance of the arcade with five powerful monumental portico in “bunjata” calm and harmony of the five balconies on three facades, while the Baroque is present in a wide plastic arcades in “balistrade” and decorative details. The ground floor is a terrace the same length as the facade. With the construction of the coastal road in 1912, which raised the ground, you get the impression that the whole coast of Perast, especially the palace, “sunk” and thus lost its harmonious proportions. Nowadays Bujovic palace is a city museum, founded by Perast Municipal Council on February 28th 1937. The Museum collection had been gathered mostly by donation of the inhabitants of Perast, descendants of famous families from Perast, during the second half of the 19th century and the beginning of the 20th century.

Apart from the portraits of famous seamen from Perast, arms and other exhibits from the history of Perast, there had been archival material of Perast municipality dating back to 1441.