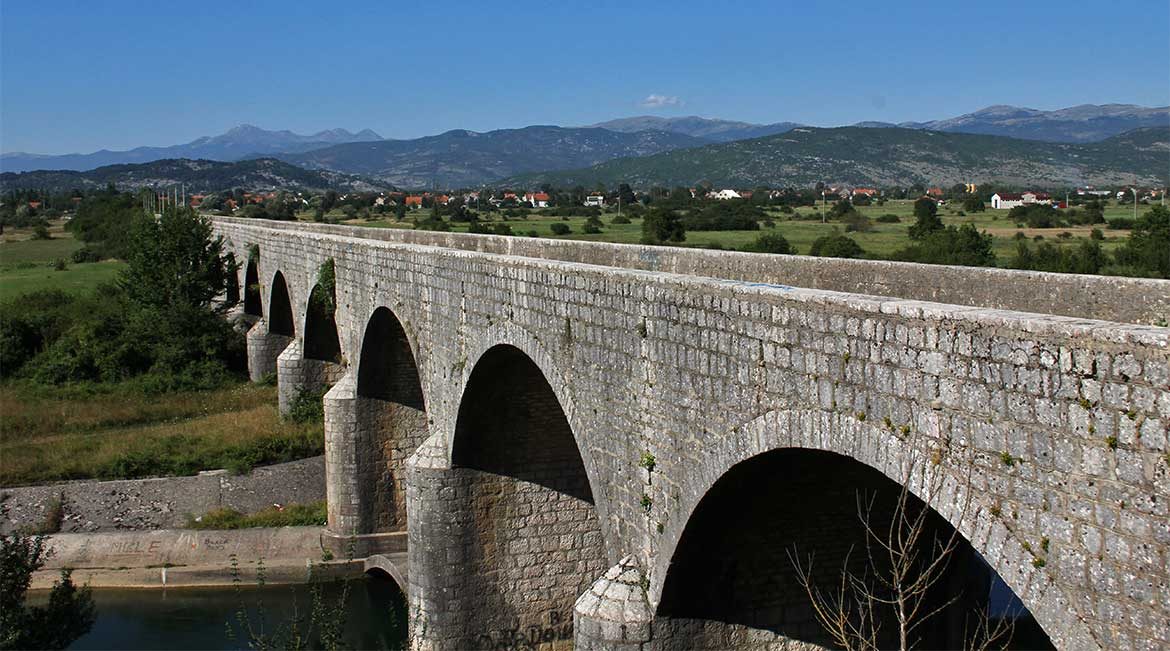 Carev Most – Tsar’s Bridge is one of the most beautiful bridges in Montenegro. It was designed by Josip Slade, at the request of King Nikola. The cornerstone was laid by Bozo Petrovic, President of the State Council on the 23rd of May 1894, and the bridge was opened by King Nikola at the ceremony held on the 20th of October 1894.

The bridge was one of the major construction undertakings, and certainly the peak of a bridge construction in Montenegro, in the late 19th century. It was built with the support of Emperor of Russia Alexander III after whom the bridge was named. Carev Most was built of stone, at a length of 269 meter and about 600 meter of embankment.

It has 18 arches, and it is over 13 meter high in the middle. Carev Most is located on the verge of Niksic, on the old road to Podgorica which passes through Pandurica.