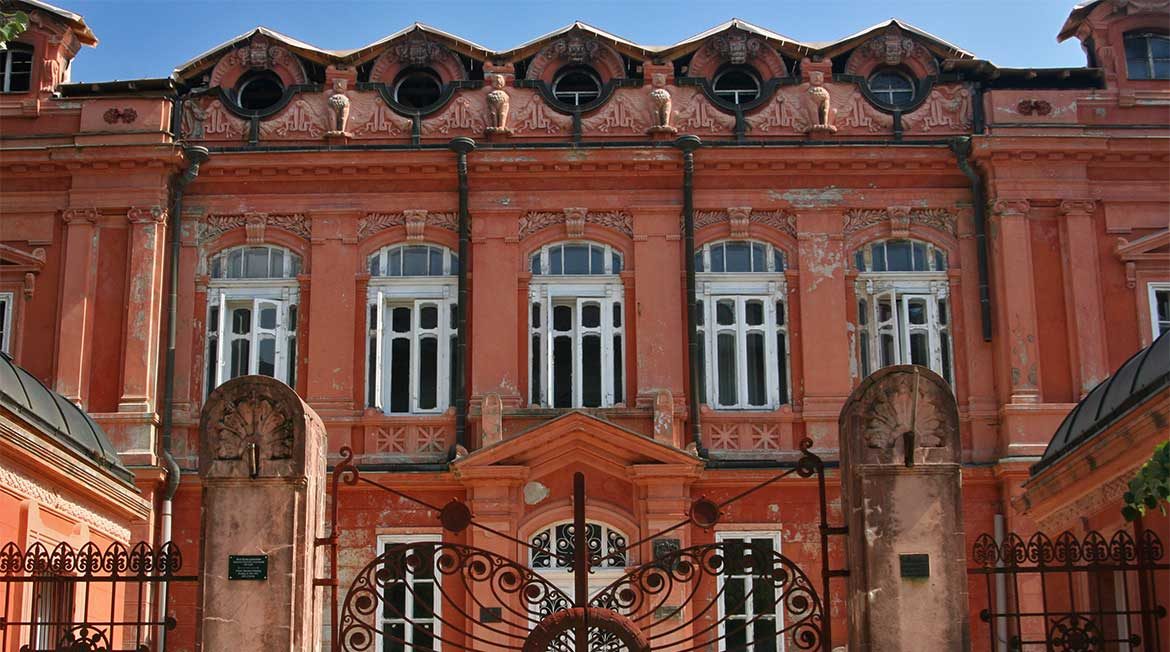 Since 1878th when the Berlin Congress recognized Montenegro’s independence, a number of major European countries began to establish diplomatic relations with the new state. In Cetinje for embassies and housing staff rented a better built home, or according to special projects and approval of building new facilities. Today in Cetinje, we can distinguish several buildings by its successful architectural solutions: former Austro-Hungarian, Russian, French, Italian, Turkish and English mission.

All these buildings were built with pretensions to demonstrate power and wealth in these countries, which opens their mission.

Among the first was built the Austro-Hungarian embassy. Construction finished 1899th was designed by renowned architect Dr. Joseph Slade. The spacious building consists of ground floor and attic. Along the north side of the slender, Roman Catholic chapel was added to the building. Today it is the State Institute for the Protection of Cultural Monuments. In the early years of the twentieth century, namely in 1903, it was built an interesting structure of the Russian embassy according to the project of the Italian architect Corradini. Elaborately designed building consists of ground floor and an attic with an attractive rich baroque decoration, executed in stucco, and featuring fantastic creatures, garlands and palmette, making it one of the most beautiful buildings of Cetinje. It is now housed the Faculty of Fine Arts. The buildings of French and Italian embassies were raised the 1910th in the year of the proclamation of Montenegro for the Kingdom.

Particularly attractive building, the French embassy with its boldly shaped façade is distinguished from other buildings representative of Cetinje. With facades decorated with ceramic tiles polichrome building of the former French embassy wear characteristics of pure Art Nouveau. Nowadays the building is used by the Central National Library “Djurdje Crnojevic.” 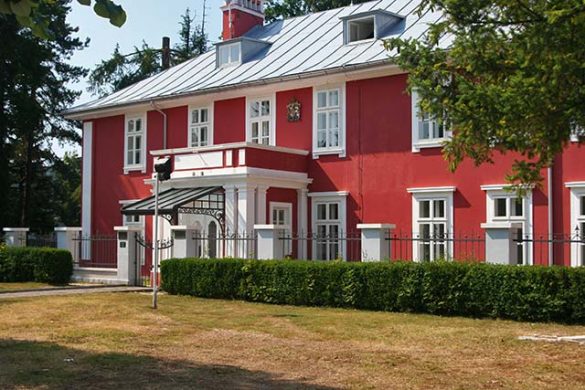 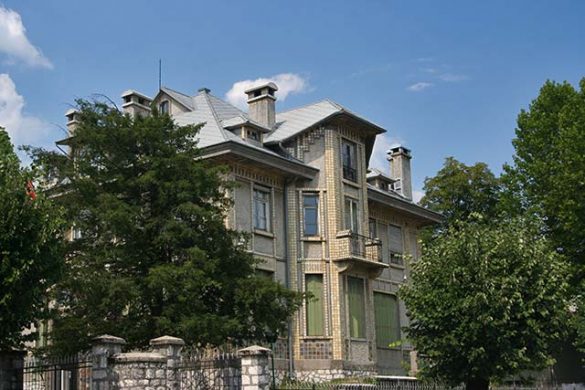 Also former Italian embassy building was designed and erected according to the project of Italian architect Corradini. When built, it was on the outskirts of the town. It is surrounded by a large park. The building appears easily, without pronounced parties and decorative elements. The opulent interior is designed with ceremonial halls and numerous rooms decorated with stucco work. Now the building is serving as Central National Library “Djurdje Crnojevic.” In the spirit of English simplicity, the English embassy was built in 1912. It is supposed that it was designed by an English architect of Hearty. It is surrounded by the garden with tennis court. Simplicity of the exterior, which resembles the English pavilion, was transferred in interior spaces too, where space is subjected to functionality. Now it is the Academy of Music. For the accommodation of numerous parliamentary staff, with the approval of Montenegrin rulers, the Turkish government in 1885 in the vicinity of the Maiden Institute bought a private house of the Duke Maso Vrbica. It was “the first case in Montenegro that a foreign country acquires immovable property for their embassy.” Today it is used for the purposes of the Academy of Dramatic Arts. At the beginning of 1910th, the Bulgarian government was to adapt the accommodation needs of mission house located near the royal residence, at the Court Street. The project of adaptation by the architect Fernando Balako, who, at the same time, was involved in the reconstruction of the palace of Prince Nicholas I. It is now restaurant City Café. For Greece diplomatic mission some private houses were rented – the first near Martial House, then in the main Katunska street, and finally next to the hospital, by the road to Podgorica (Ivanbegova Street). At the beginning of 1914th the Serbian embassy staff moved into a house across the King’s Palace, registered as a property of Serbian King Petar Karadjordjevic. The house built in 1883 was a wedding gift of King Nikola’s to his daughter, princess Zorka, wife of King Petar Karadjordjevic. The building is now used for the purposes of the Ethnographic Museum of Montenegro. The seat of the German embassy was situated in a private home of Jovan Piper Milunovic. The house is now a residential building. The seat of the U.S. embassy was located in the Grand Hotel. It was where Secretary of the embassy lived, while the ambassador extraordinary and plenipotentiary minister stayed in Athens and was the diplomatic representative for both countries. For the accommodation of vice consulate, the first and the only representative of Belgium, a merchant and hotelier from Cetinje, Vuko Vuletic, used his house on the castle square.