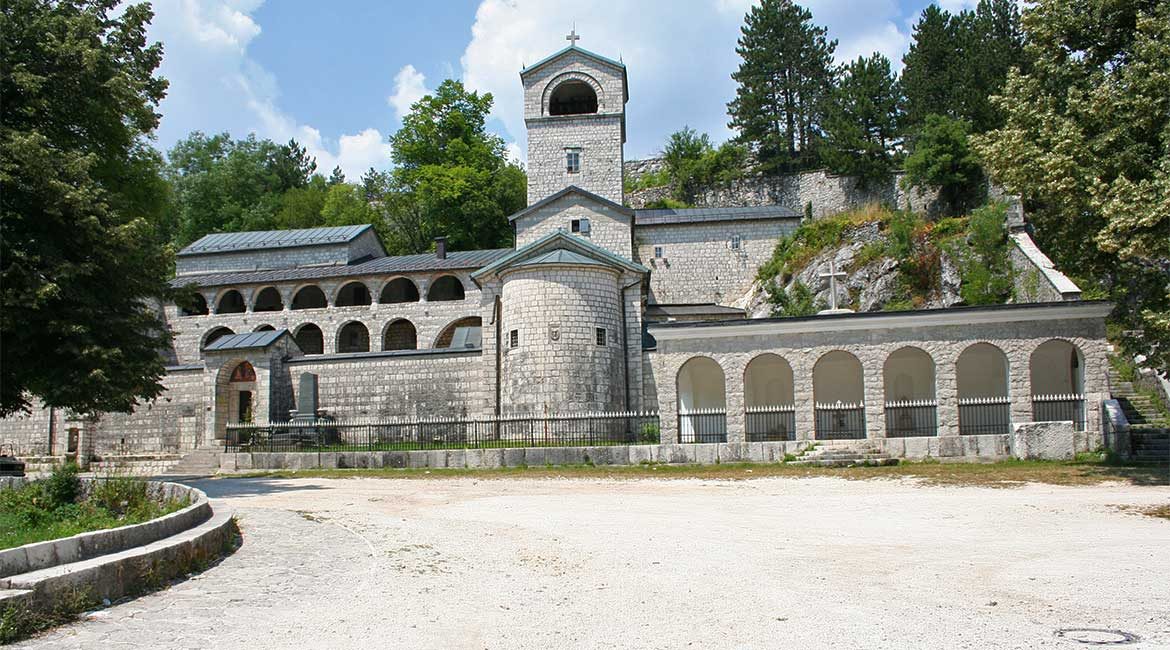 At the foot of the rocky Orlov Krs, on the place where the court of Ivan Crnojevic once stood, ruler Danilo built the monastery of Cetinje in 1701. Some parts taken from the ruined monastery of Crnojevici were built in this new monastery. The block of monasteries became the center of spiritual, cultural and political life of Montenegro.

It has been destroyed several times by the Turks and consequently restored several times. Each time they would adjust its architecture to the configuration of the ground. The last restoration was between 1925 and 1927. In the center of the complex there’s one small church dedicated to the Birth of the Virgin. In this church there is an iconostasis, work of the Greek artists, dating back from the middle of the 19th century.

Inside the Cetinje Monastery In the Southern choir there’s a coffin with the relics of St Peter of Cetinje (Sv Petar Cetinjski), while near the entrance there are graves of Prince Danilo and great duke Mirko, the father of Nikola I Petrovic. To the Northern side of the church, by the rock there’s a cell of St Peter, and to the South there are two-storey shelters. In the so-called Njegos’ shelter, there is the Museum of the monastery, which is the most significant museum of Montenegro. The Cetinje Monastery, also known as the Monastery of St Peter, represents the symbol of the Montenegrin spirituality, love for freedom and enlightenment.

Touristical information about the Cetinje Monastery

Entrance to the Cetinje monastery is free. But proper clothing must be worn. For men the arms and chest must be covered. For women decent clothes are required with so less flesh shown. So covering hair is appreciated. When proper clothing is forgotten then there is the opportunity to lend clothes from the monastery. Notice pictures are only allowed to be taken from outside the monastery and inside on the center court. So it’s forbidden to take pictures in any of the chapels. Farther logical propitiate behavior must be used.