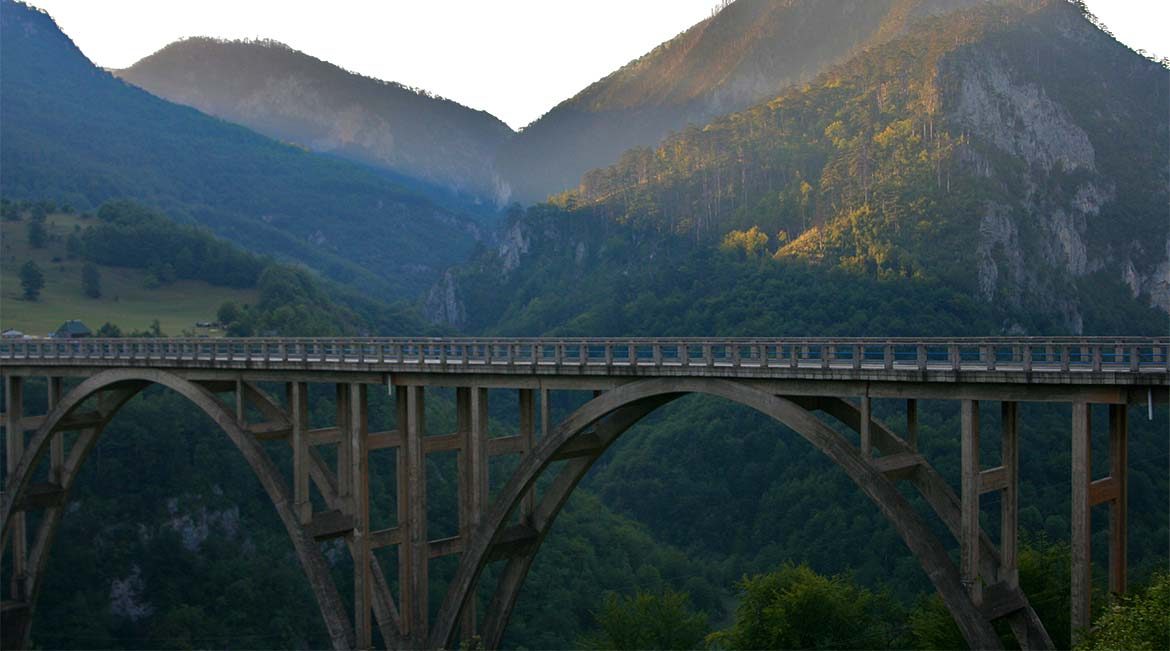 Đjurđevića bridge is a concrete arch bridge over the Tara river in northern Montenegro. It is located at the crossroads between Mojkovac, Žabljak and Pljevlja, between the villages of Budečevica and Trešnjica.

Đjurđevića bridge, which was designed by Mijat Trojanović, was built between 1937 and 1940 in the Kingdom of Yugoslavia. The project’s Chief Engineer was Isaac Russo. The 365 meters (1,198 ft) long bridge has five arches; the largest span is 116 meters (381 ft). The roadway stands 172 meters (564 ft) above the Tara River. At the time of its completion, it was the biggest vehicular concrete arch bridge in Europe.

Much of Montenegro, including the Tara Canyon, came under Italian occupation following the German-led invasion of Yugoslavia in April 1941. As the mountainous terrain made it suitable for guerrilla warfare, a partisan uprising occurred in the area. Italian forces aided by Chetniks took control of the Tara Bridge during an Italian-Chetnik offensive in 1942.

A Yugoslav Partisan raiding party blew up the central arch with the aid of one of the bridge engineers, Lazar Jauković. The attack cut the only feasible crossing over the Tara Canyon halting the Italian-Chetnik advance. When Jauković was eventually captured, however, the Italians executed the engineer. These events were depicted in the 1969 Yugoslav film “Most”.

The bridge was rebuilt in 1946. It was used in the 1978 American action film Force 10 from Navarone set during WWII.