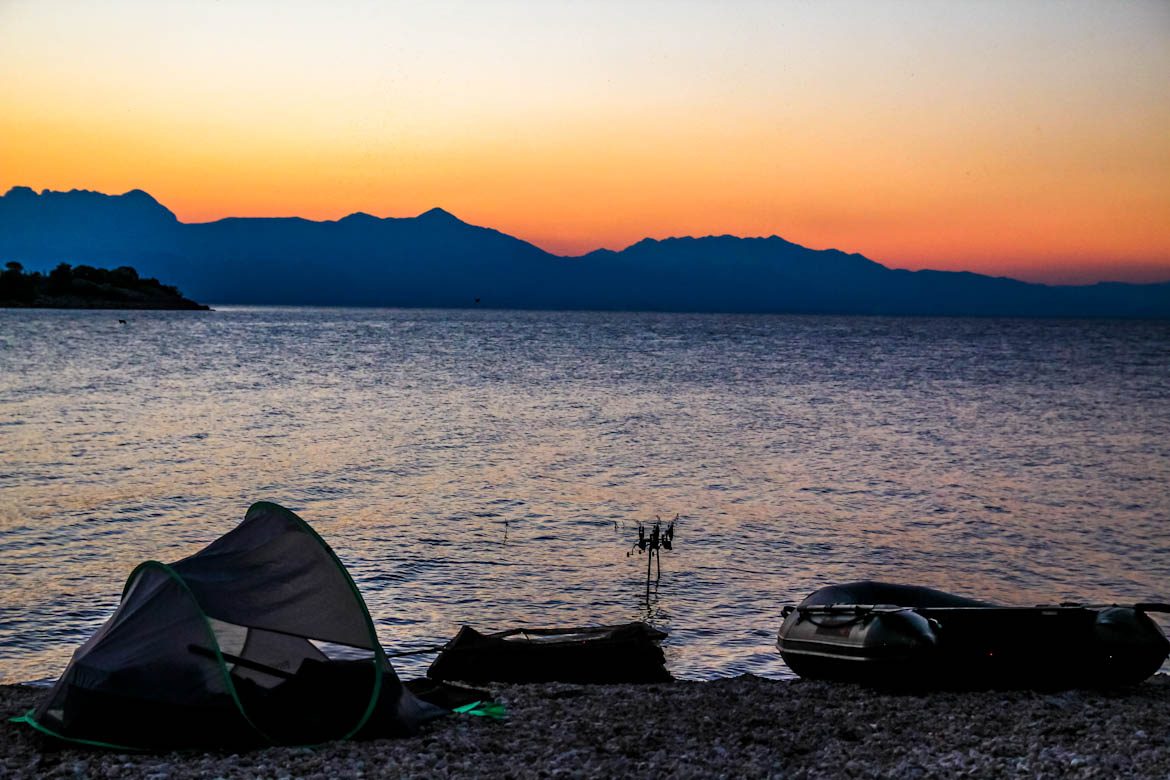 Montenegro has both fresh water fishing (trout and carp) in the mountains, streams, rivers and lakes, as well as sea fishing off the Dalmatian coast. Chartered boats can be hired for big game fishing (tuna, dog-fish and swordfish) in the Adriatic around the coastal cities like Budva. The Tara River is particularly good for trout fishing.

Typical for every Montenegrin river is that they are all very clear. Their water is literally gin-clear. In fact, for its clarity and incredible mixes of turquoise to emerald color in the deeper eddies, they are leading in Europe. Tara, Ljuča, Lim, Moraca, Mrtvica, Zeta… all these rivers are of pure incredible beauty. They are a salmonid heaven on Earth. Brown trout, grayling, Danube salmon, marbled trout and lake trout are widespread throughout Montenegro. So, it’s a fly fishing paradise too. Rivers of such clarity may require a specific approach to fly fishing. For success, you may need a fine equipment, presentation and flies. Tara, known as the `Tear of Europe` for its extremely clean water, is rich with Salmonidae fish. Fishing is best within the area of The National park Durmitor and the Tara River canyon which is the second deepest canyon in the world (the highest point of the canyon is 1300 m). In combination with wild, untouched nature and beautiful beaches, fishing in Montenegro is a beautiful adventure. Fishing on Tara is allowed only with artificial baits.

Wild nature and beautiful landscapes (the canyon is 8.5 km long, 1100 m deep), the confluences of the Morača and the Mrtvica river is an ideal place for fishing. Fishing on Mrtvica is allowed only with artificial baits.

Morača canyon, 38 km long, 1050 m deep, is an extremely beautiful place due to its landscapes, flora and the erosion that has created it. Morača belongs to the Adriatic basin and offers an amazing experience. This river is rich with noble (Salmonidae family) types of fish: stream trout, grayling, huchen, and the special breed called marble trout. Fishing on Morača is allowed only with artificial baits.

National park Durmitor is known for its number of glacier lakes. Among Montenegrin people they are called `mountain eyes`. Apart from the beauty of the mountain itself, Crno Lake (big and small) portrays the beauty of the wild nature that leaves an unforgettable impression on every visitor. The lake is situated at an altitude of 1416-1442 meters.  This lake is rich with trout (Californian, lake, stream, Arctic char). Fishing is allowed only with artificial baits.

The lake is situated between Kolasin and Niksic, there are two main roads so the distance is either 80 or 120 km from Kolasin. The beautiful rock landscapes around the lake accentuate it as an ornament at an altitude of 1678 m. The lake is rich with trout (Californian, stream, Arctic char). Fishing is allowed only with artificial baits.

Plavsko lake is situated on the north of Montenegro at an altitude of 950m, with a surface of 2 square kilometers at the bottom of Prokletije mountain. Beautiful rocky mountain landscapes together with fishing adventures will make an unforgettable experience.

National park Biogradska Gora, 5650 ha, consists of a rain-forest and a lake. The rain-forest, with surface of 1600 ha is one of two remaining European rain-forest, with 86 types of trees, of which 20% are endemic species of The Balkan Peninsula. Within the park is Biogradsko Jezero (Biogradsko Lake) lake which is of glacier origin and known as the most beautiful lake in The Balkans. It is situated at an of altitude of 1094 m, 1100 m long and 4.5 m deep. This lake is not just a beautiful and peaceful spot for fishing, but also a reserve of the beauty of the Earth itself and a pleasure for all 5 senses. The lake is situated 18 km away from Kolašin. The lake is rich with trout (Californian, stream, Arctic char). Fishing is allowed only with artificial baits.

The lake is situated at the bottom of the Black mountain, between Prokletije and Komovi where the beautiful landscapes of rocky mountains are sure to catch your eye. The lake is rich with trout (stream trout and Arctic char). Fishing is allowed only with artificial baits.

“The Tara River, the world known as the “tear of Europe.”

River Ljuča flows into Plavsko lake from the south side and is 16 km long. Plavsko Lake is situated on the north of Montenegro at an altitude of 950m, with a surface of 2 square kilometers at the bottom of the Prokletije Mountain. The beautiful rocky mountain landscapes together with a fishing adventure will make an unforgettable experience. River Ljuča is rich with: Trout; huchen in the lower part of the river flow, and grayling in the estuary of the river. The most common fish is big grayling-the biggest grayling in the world between 1 and 3 kg, and northern pike (1 – 15 kg) Fishing season is from 01.04.-01.10.

Probably unique in the world, the Skadarsko Jezero hosts life in all its forms. It’s one of the few places in Europe where pelicans can still be found. Among them, each year, a quarter of a million birds are returning here from hot countries. Skadarsko Jezero is a paradise for ornithologists from all over Europe. Over 270 species nest on its shores. The lake is 44 km long and 7 km wide. Two thirds of it is in Montenegro, the remainder in Albania. On the east bank is the Albanian city of Shkodra, which gave the name of the beautiful seascapes. From May to March you can fish. The lake is full of fish: carp, eel, trout, in total 40 species. It’s interesting that saltwater fish species can be found in Skadarsko Jezero. Carp is the most attractive species for fishermen. Carp get caught in both, deep and shallow waters, near stream and rivers estuaries, in cryptodepressions (Lake “oka”) and around lake isles. For bait they most used is corn seed or ball of paste with artificial smell and taste which is made for carp fishing (so called “boil” bait). The fishing season on Skadar Lake lasts almost for whole year but there are some restrictions according to species. Fishing season for bleak is from 31st of October until 15th of March (four and a half months or 135 days of which 30% of the days are unfavorable for fishing so the real number of fishing days is 95), during bleak autumn migration to their wintering habitats and during bleak wintering in Lake “oka” (Lake cryptodepressions) and other deeper part of the lake under strong influence of fresh water with relatively constant temperature. In other part of the year fishing of bleak is forbidden. Carp and all other species fishing season is from 1st of June until 1st of March (fishing of carp and all other fish species is forbidden for three months, March, April and May during spawning period) and season last for 9 months or 270 days. During this period 30% of the days are unfavorable for fishing (heavy rains in autumn and winter followed by strong north wind during autumn, winter and first month of spring). So the real number of fishing days is around 190 days.

Tunas are the most frequently big game fishing targets at the Adriatic. Big game fish species are the bluefin tuna, albacore tuna, little tunny, sharks, swordfish, amberjacks and dorados. The month of April is right for little tunnis moving in shoals and wirh with an average weight of 10-15 kg. This period offers great possibilities for a rich catch. The end of May and beginning of June its shark hunting season (bluesharks and thresher sharks). In the beginning of August it’s bluefin tuna time; average weight of 70-80 kg up to 500 kg. In this period with the sea temperature rising, more and more dorados can be found. That’s at the same time the best fishing season (from August to November), where the chances for a big catch is very high. Off-course, it should be mentioned that the fishing seasons mostly depend on the sea temperature, the concentration of small blue fish and the salinity (depending on rainfall and inflow of sweet water).