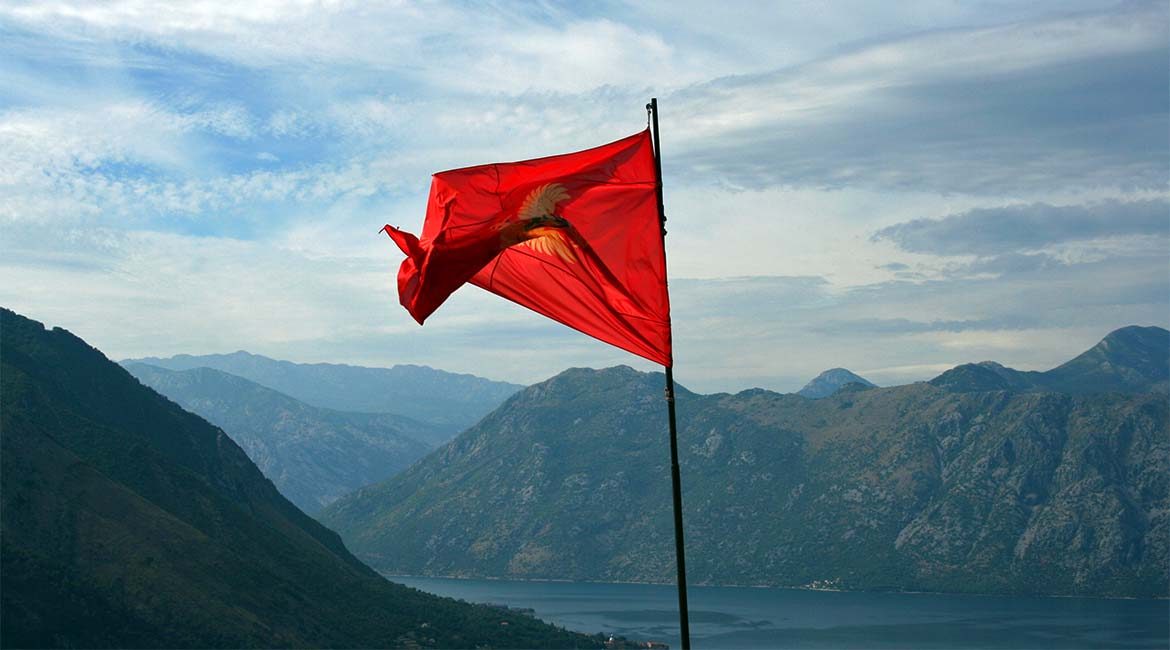 Flags as the state symbols were introduced only in the time of Petar II Petrovic-Njegos. Before him, the principal Montenegrin flag had been the Alaj-Barjak (regimental colors) with a single symbol on it – the cross (krst). The Montenegrins gathered around krstas either at meetings or before battles.

The first written description of the Montenegrin flag dates from the time of Scepan Mali (the Imposter): white, with a red frame and a golden cross on top of the spear. The next comes form 1838: pale-yellow with the small red cross, and in 1876 the flag was described as being red with the white cross. In the time of Prince Danilo, the cross on the Alaj-Barjak was replaced by the two-headed eagle with the initials DI (Danilo I) on its breast, with the lion passant underneath. King Nikola made many different flags in his time. The first of the variations was the same as Danilo’s, differing only in the initials – NI (Nikola I). Around 1910, two new variants appeared: one tricolor (red, blue and white) with the two-headed eagle bearing the initials NI on its breast and the lion passant on the sinister, the other with the two-headed eagle above the initials NI. 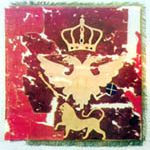 After that Montenegro changed their flag three times. Until 1992, when Montenegro was part of the Socialist Federal Republic of Yugoslavia, the flag had a red star in center. From 1993 they changed their flag blue into a lighter blue and the ratio from 1:3 to 1:2. The flag changed for the last time on July 12th 2004 by the Parliament of Montenegro into a red banner bearing the coat of arms adopted in 1993.

While it has been illustrated with a yellow border, in fact the flag — although usually trimmed with gold fringe — has no border to its red field. The coat of arms derives from those of King Nikola. The Cyrillic initials ?I (i.e. NI) of King Nikola I, however, are left out.