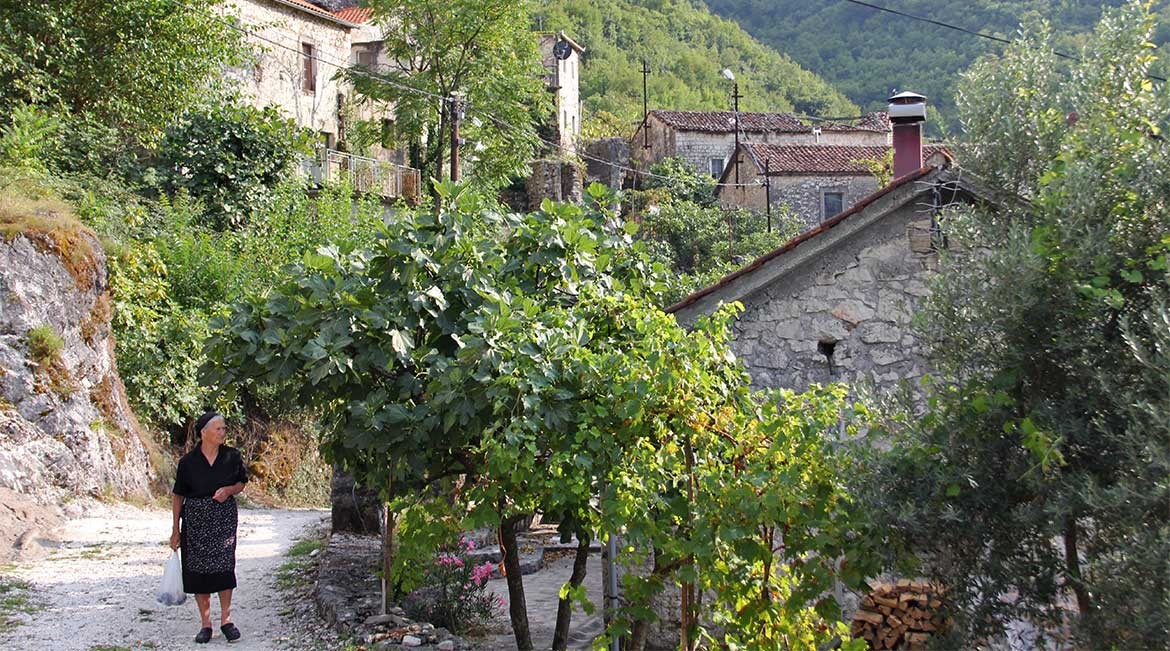 Overlooking the Lučice Bay of the Skadarsko Jezero, is the hillside village of Godinje, distinguished by its unique chain system of conjoined houses, complete with passages and tunnels in between them – allegedly they were built this way so that the villagers could escape detection by the Ottomans. The town belongs to the Boljević pleme of the Crmnička nahija. The town is the ancestral home of the Lekovići and Nikač clans. In 1977, a resident of Godinje would still say, more than half-seriously, “In Godinje, everyone’s surname is Leković”, a reminder of a time when family clans lived in mountainous isolation in Montenegro.

The independence of Montenegro has never been wholly extinguished, not even in the beginning of the 16th century. The Montenegrin position differed from all other Slavic lands….In their inaccessible mountains, Montenegrins lived not much caring for the Sultan. Just by the roadside house in the center of the village, the road rises steeply to the oldest part of the settlement, Stari Selo,  where there are some fine examples of these cramped, and now mostly ramshackle, old dwellings with their stone-paved terraces.

One of the houses (there are no numbers here, so you’ll have to ask) is occupied by Miodrag Leković, who cultivates a variety of the local Vranac wine, and is available for tasting. 500m out from the shore, there is the small island-fortress was built in 1834, functioning as a prison during the rule of Njegoš.