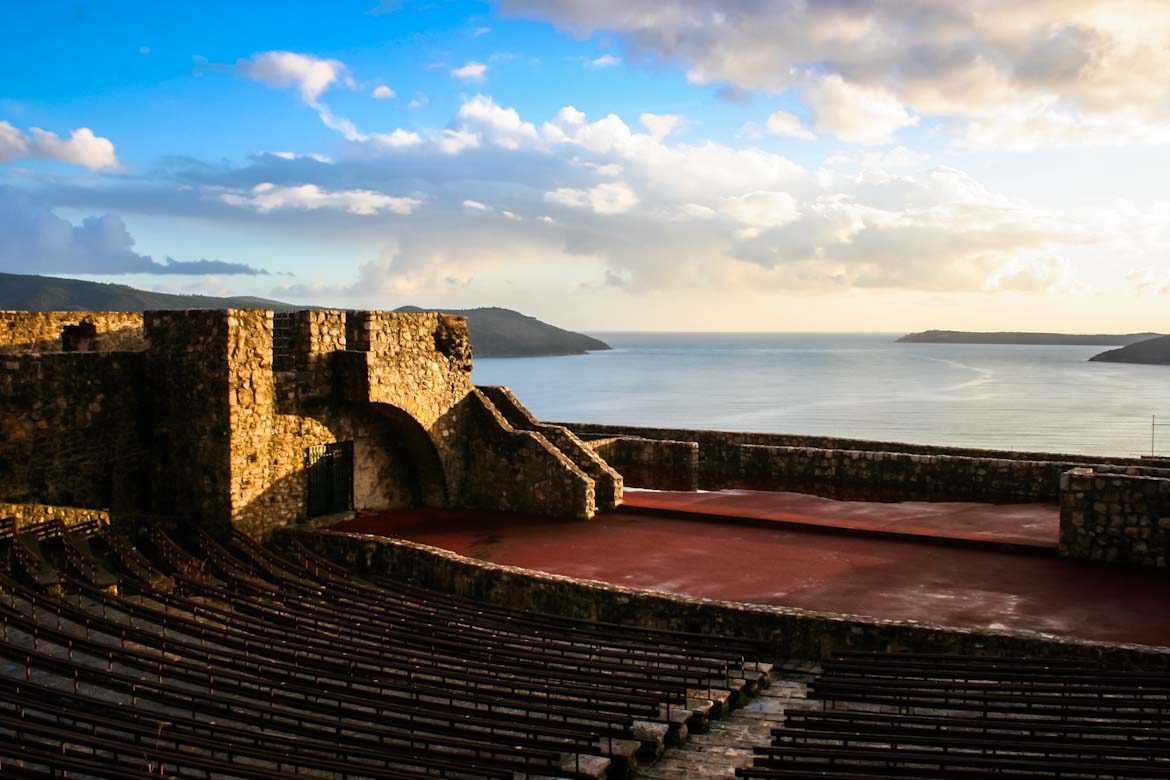 Kanli kula name is from Turkish origin and it means a bloody tower. It is situated in the north part of the old town in Herceg Novi. With its size and position the tower dominates over the Herceg Novi (the height is 85 meters above the sea level). Kanli kula in fact used to be a complex fortification system in the town. In the written documents Kanli kula is mentioned for the first time in XVII century A.D.

Over the time it suffered significant changes and destruction of the tower, so the exact time of its construction can not be determined precisely right. In written documents, tower is first mentioned during mid-seventeenth century by the Turkish traveler Evlija Celebija. The position is strategically very well chosen: elevation of about 85 meter from the sea provides a view of the whole region around the city. The building dimensions are impressive 70 by 60 meter, and the height of the walls in some places exceeding 20 meter. Well-preserved outer walls presents different styles of construction: the lower parts and South Eastern parts are from the time of the early use of firearms, while the final shape gave the Turks. The Venetians made substantial repairs due to significant damage made in war with Turks. The first entry to Kanli Kula was located on the south side and the tower was only possible to enter from the city. Today it is used as entrance for tourists. The main entrance is located on the north side. Probably built after the demolition of part of the northern wall. Inside the fort stands a lot of preserved objects. The most interesting was completely preserved cistern for water. It is located in the western part. During time it loose its original purpose and turned into a prison cell.

As a unique source of historical facts about the region can be seen on plaster carvings and drawings: different types of galleys, fish, emblems, crosses, names and dates. Drawings are close to the type of galley galleys used by Turkey during the 16th and 17 century, so it can be concluded that this jail was in use very early, and for long time, which testifies carved 1687th years. The final shape the tower got during the time of Turkish otomans reign while the Venetians, immediately after taking over Herceg Novi town, made some remodeling. Today Kanli kula is mostly used as a summer stage and for festivals.