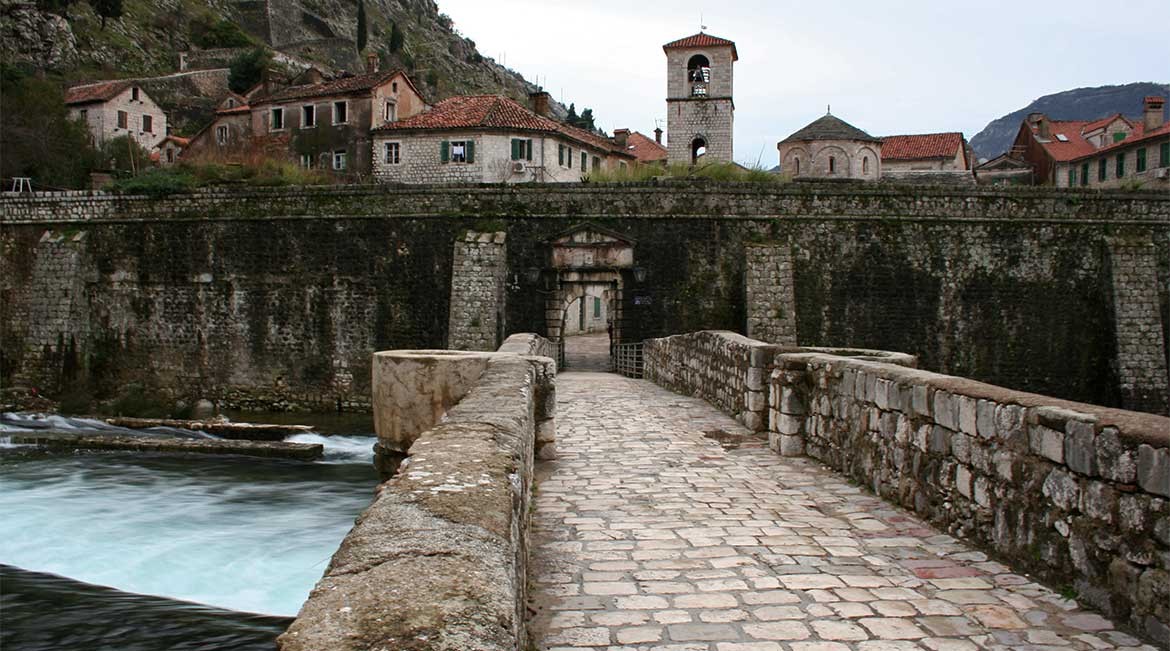 You can enter Kotor through three town gates. The main gate is the Sea gate on the western side. They date from the 16th century and are constructed at the time of Venetian Providur Bernard Renier. A long time ago the sea reached the very entrance. The gate was built in the Renaissance and Baroque style, the proof of which is the pillar and the arch done in the Bunjato technique.

The gate is surrounded by massive stone blocks and stone pillars. The Sea gate has a vaulted passage. On the right side there is Gothic relief from the fifteenth century showing Our Lady with Christ. On the left side is St. Tryphon with the model of the city and to the right St. Bernard holding ‘hostia’. It is strange because there is no river bed to it. During the rainy days it boils out from the cave muzzle and forces back the sea water. During the summer time the river disappears in Lovcen abysses and sea water fills in the gap again.

Gate of the river’s or The Northern Gate was built in the Renaissance style to preserve a memory of Kotor’s victory over famous Turkish admiral Hajrudin Barbarosa in 1539. There is an inscription above it, saying that Barbarosa besieged the town with 2000 ships and 30.000 soldiers, but still did not manage to conquer it.

Gurdic Gate, also called the South Gate, was once hardened with three belts of gateways. It testifies that this gate was very important for the town. It was separated from land by a drawbridge. This bridge used to be lowered on the strange river Gurdic.