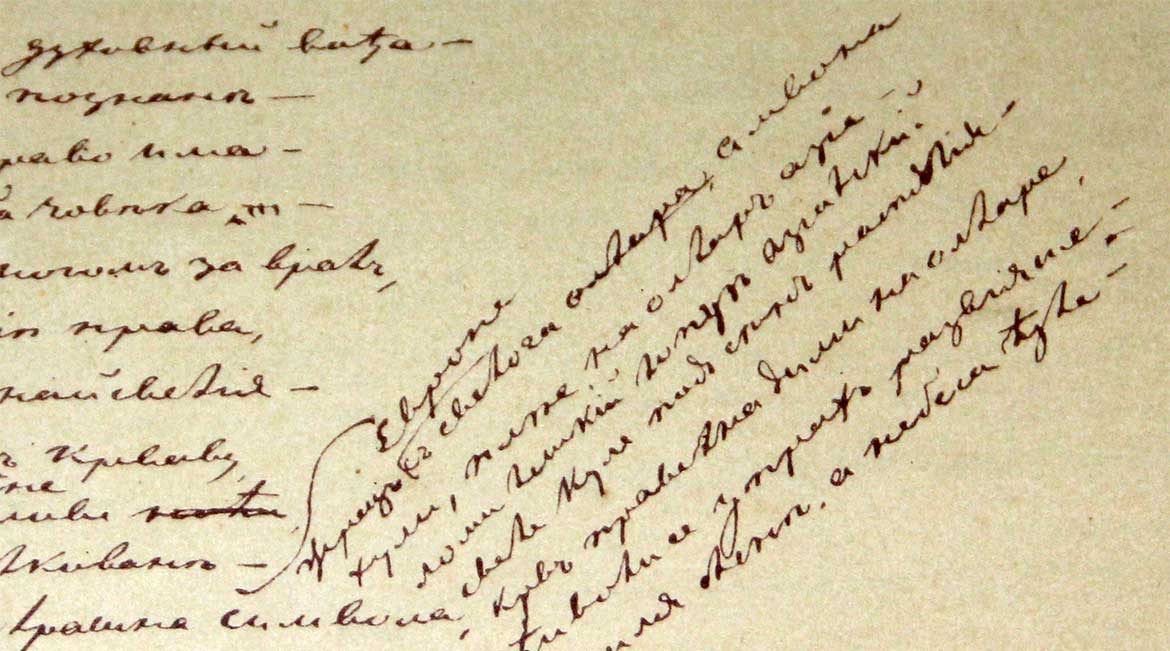 Serbo-Croat was the language of Montenegro, Serbia, Bosnia-Herzegovina and Croatia, but Montenegro was the last former Yugoslav republic to have named its language after the name of the state. For a long time, the Montenegrins PEN, the international association of poets, playwrights, editors, essayists and novelists, fought with the idea that there is no scientific or political reason why the Montenegrin language can not be called scientific and constitutional, with its name. A difference between the languages ​​spoken in Belgrade and Podgorica is that the last two have extra letters. It is also characterized by the wide use of proverbs, metaphors and figurative speech. In Montenegro they speak the Jekavian dialect of Serbian. Servo-Croatian actually comes in a Western variant, spoken in Croatia and most of Bosnia-Herzegovina, and an Eastern variant spoken in Serbia. Montenegro has a bit of each and it is generally called by many only Serbian (Srpski) and Serbian. Most of the writing is in the Latin alphabet, but Cyrillic is quite commonly used, especially away from the coast, and, unlike in Serbia, both alphabets have the same status under the constitution. Native Albanian speakers are concentrated in the western border areas of the country. One thing that Montenegro has in common with every other country in the world is that local inhabitants appreciate tourists who make the effort to at least speak a little what seems to many Europeans and sounds like a very unknown language. English replaced Russian as the second language in schools a few years ago, and there are generally people in the coastal areas with a reasonable command of the language. Elsewhere, if you need an interpreter, it is generally better to find a 30 or younger Montenegrin. After Russian and English, the most widely spoken foreign languages ​​are Italian due to geographical reasons and German due to the relatively large number of tourists.

In spoken Serbian, every consonant is pronounced. Both spelling and pronunciation are logical. The letter “R” is a semi-vowel and is always strongly sounded. There is only rule about the stress on syllables: It is never on the last one.