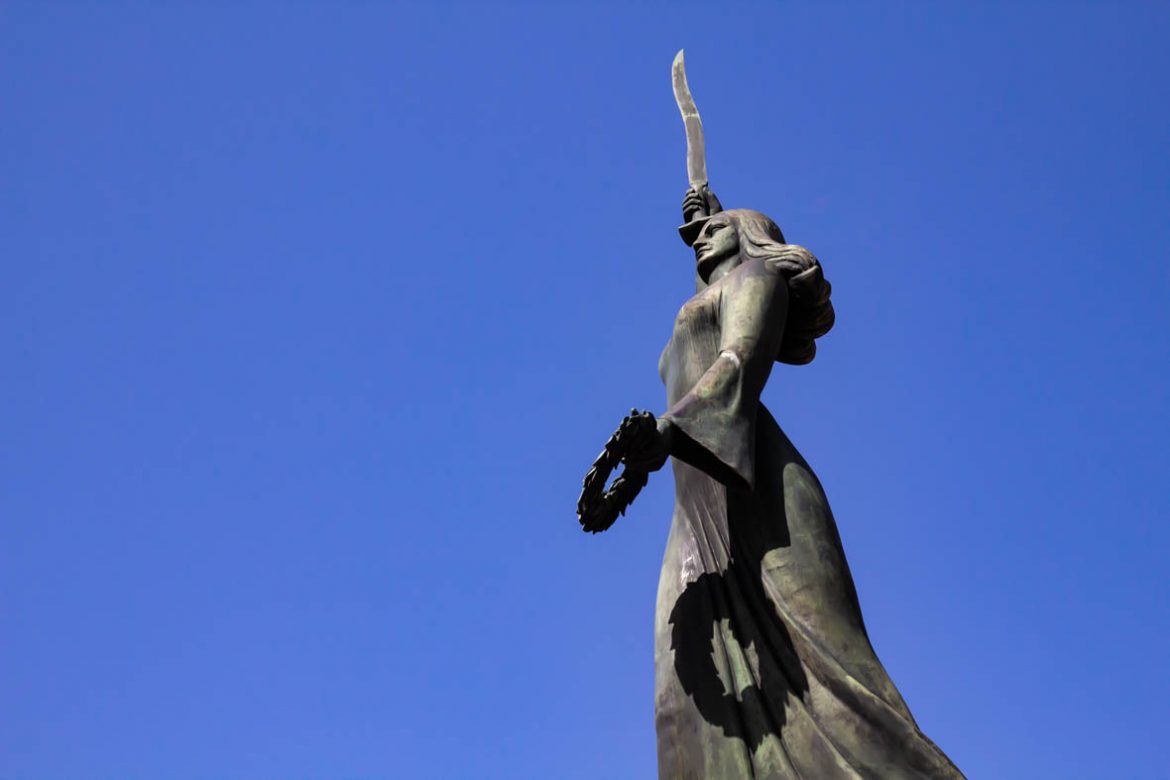 The monument is located in a city square in front of the historic Vlaška church.

A human sized bronze woman holding a sword skyward. The bronze statue is mounted on a marble pedestal with several brass reliefs on the pedestal sides.

The “Lovćenska vila” monument remembers the Montenegrin-Americans (and from other Balkan countries) who perished in the sinking of the Ship “Brindisi” on January 6, 1916 after it hit a mine of the coast of Albania at Shëngjin.

Montenegro fought on the Allied side during the First World War. During the war, many Montenegrin-Americans returned to Montenegro to fight for their country of origin. 500 Montenegrins (also some Herzegovinians, Serbs, Bosnians) departed from Halifax, Canada carrying a Montenegrin flag reading “Fighting for their People”. They arrived in Naples, Italy and on Christmas Day, 1915, they boarded the ship “Brindisi” and with Italian naval escorts departed for their former homeland. On January 6, 1916 the boat hit a mine (laid by German Sub UC-14) and sank. Of the 500, it is estimated that 328 people perished in the sinking.

In 1939 Yugoslavia remembered this incident by erecting the “Lovćenska vila” monument designed and created by the Belgrade sculptor Risto Stijović (1912-1974). The monument faces the Montenegrin World War 1 battlefield of Mount Lovćen. Most of the dead from the Brindisi were buried in Montenegro’s “Blue Tomb” World War 1 national tomb. The monument was built by Yugoslavia with assistance of Montenegrin-Americans.