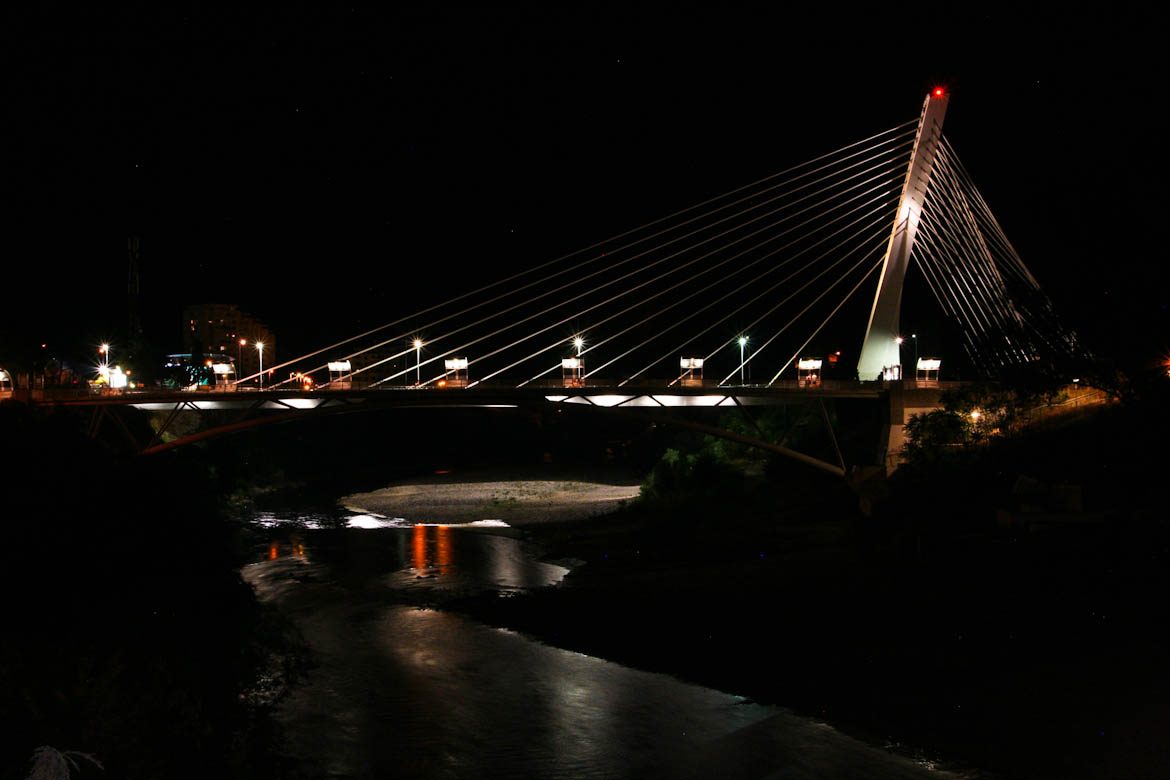 The Millennium bridge most or Milenijum most is a cable-stayed bridge that spans the Morača River in Podgorica. The bridge was designed by the Slovenian company Ponting and Mladen Ulićević, a professor at Faculty of Civil Engineering in Podgorica.

It was built by the Slovenian company Primorje, and opened on July 13, 2005, Montenegro‘s National Day. It quickly became one of the city’s most prominent landmarks.

The bridge is 140 meters long, and the pylon soars 57 meter above the ground. Twelve cables support the roadway deck, while twenty-four more are attached to the counterweights, creating an imposing image.

The construction of the bridge began in 2005, and the building cost was approximately 7 million euros. The roadway carries two lanes of traffic and a pedestrian walkway in each direction.

The bridge connects the Boulevard of Ivan Crnojević in the city center and July 13 street in the new part of city, thus relieving the other congested bridges connecting the city center with the densely populated districts over the Morača river.