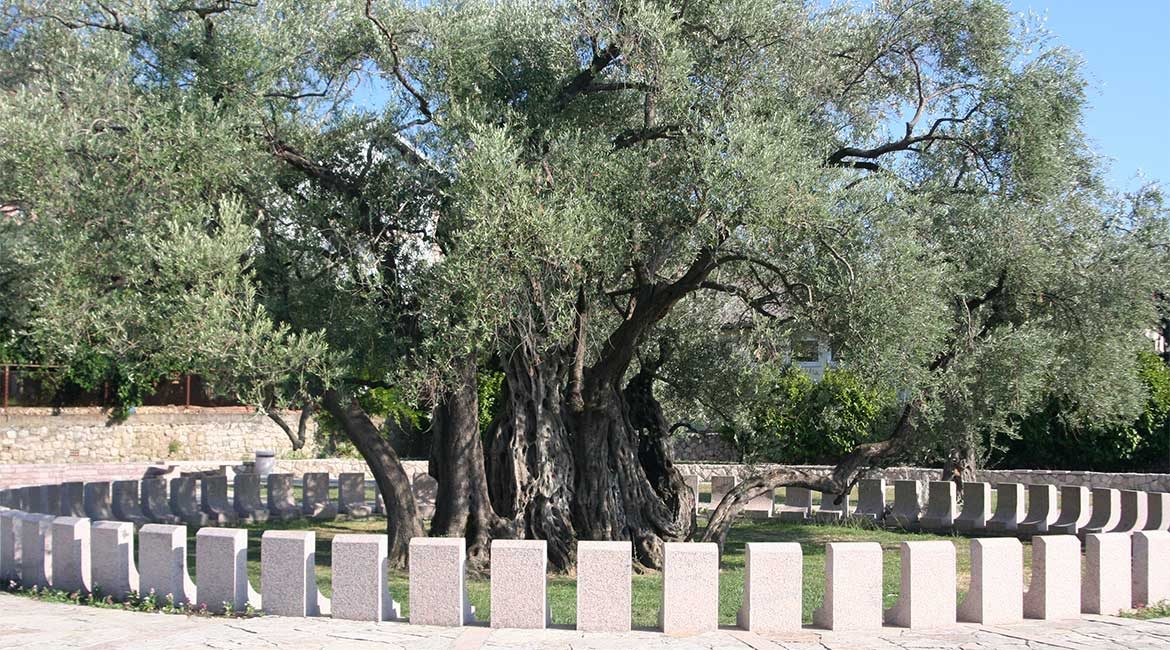 The old olive tree at Mirovica is claimed to be one of the oldest trees in the world and it is believed to be the oldest tree in Europe. Its located near Stari Bar. It’s age is assessed to more than 2000 years. Because of it’s natural, morphological, environmental, esthetic and historical significance, this exceptional monument of nature is proclaimed natural resource and put under state protection in 1957.

This noble and long-living woody-evergreen plant belongs to the class of domestic variety of the so called “zutica” to which major part of olive trees on the Montenegrin coast belong to. It’s wide, curved, knotty and extensively ramifying tree with over 10 meter in diameter, with extraordinary and unique knob sand large crown with salutary fruit-with egg-like kernels silverishgrey-green leaves makes it a unique visual sight.

A side of the tree is completely burnt. According to popular folklore, a few men were playing cards next to the tree. During their game, one member accidentally threw a lit match onto the tree, and it soon went up in flames. Numerous legends and traditions are associated with the Old Olive of Mirovica.

One of them has it that at one time families that had a dispute would come here to make peace under this olive tree. Thus it earned its name – Mirovica (the root of the name is “mir”, meaning peace).