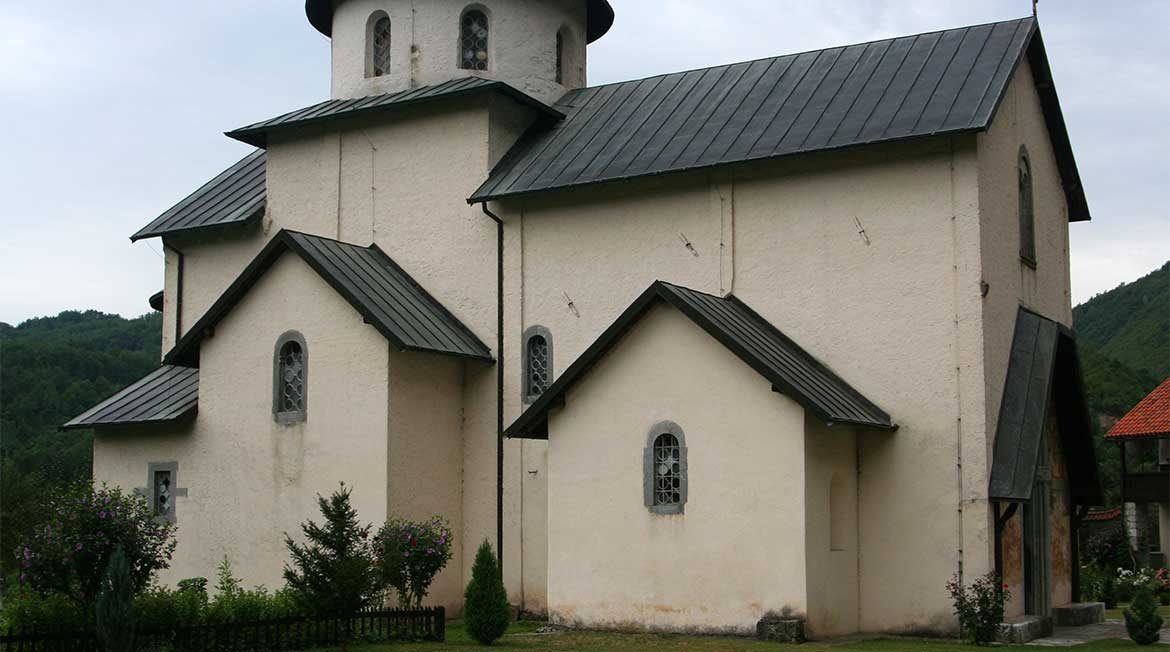 The Moraca Monastery is one of the most monumental medieval monuments of Montenegro. It was built in 1252 by Stefan, son of King Vukan and Nemanja’s grand son. It is situated in an extended part of picturesque canyon of the Moraca river. Monastery complex is consisting of the cathedral Ascend of mother of God (Uspenje Bogorodice), small church of Saint Nicolas (Sveti Nikola) and a building for accommodation.

The churchyard of the monastery is enclosed by a high wall with two gates. In addition to architecture, its frescoes represent a special significance of the Moraca Monastery. Only a small portion of the original painting from the 13th century was preserved in “djakonikon”, where the compositions from the life of Prophet Ellias (prorok Ilija) are singled-out for their monumentality and strength of expression. The other part of frescoes suffered in the first half of the 16th century, when the Turks devastated the Monastery. O Refurbished Monastery was illuminated again by anonymous painters in 1574.

In the first half of the 17th century famous painters take part in illuminating Monastery – priest Strahinja from Budimlje, who decorates the upper parts of proscomody, George Mitrofanovic, who paints the frescoes on the western facade in 1616, and great painter Kozma, who illuminated the small Church of Saint Nicholas (Sveti Nikola) in 1639, and three years later also the paraclis of Saint Stephen (Sveti Stefan). The same great painters also illuminated the majority of icons on a large richly engraved iconostasis. From once wealthy Monastery Treasury nowadays there are only a few significant ritual objects and liturgical books, among which there is also one copy of One Voice Octoechoes.