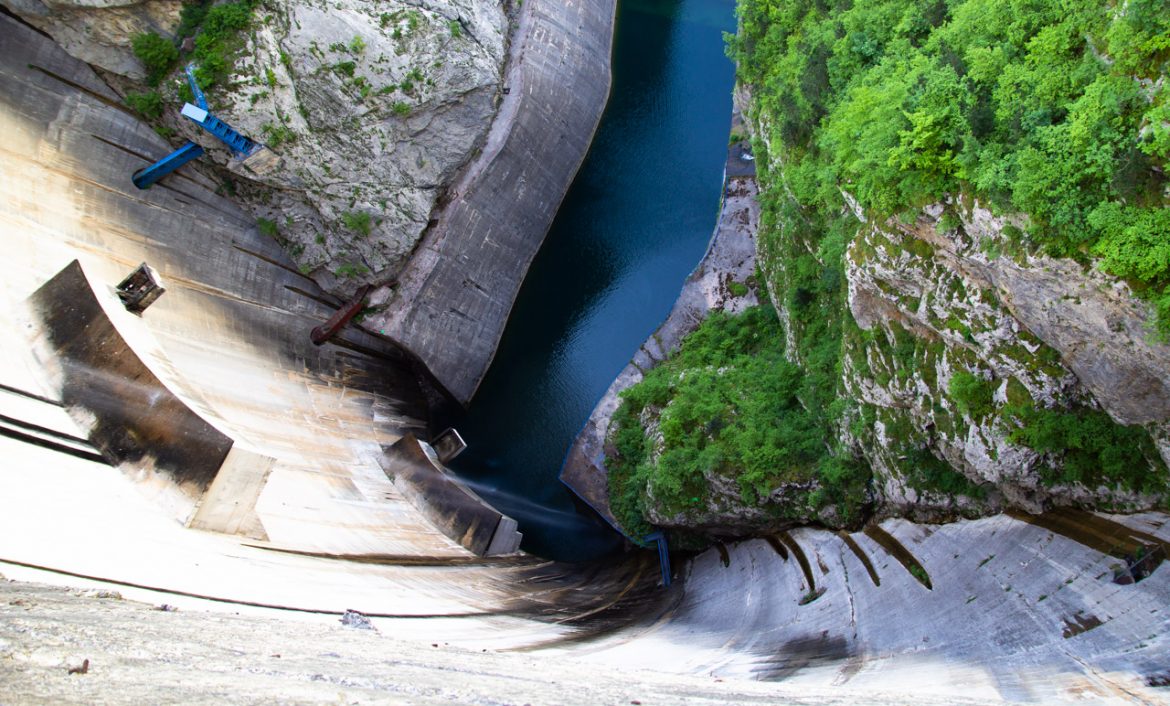 The foundations go as deep as 38 metres (125 ft) into the ground. 820,000 cubic metres (1,070,000 cu yd) of concrete and 5,000 tonnes of steel were built into the dam. The hydroelectric power station at Mratinje is capable of producing 860 gigawatt-hours per annum. It has three turbines and generators, each with a generation capacity of 120 MW. The location of the 16th century Piva Monastery was flooded by the lake, so while the dam was built, the monastery was broken into pieces and moved to a higher ground, 3.5 kilometer away. It was reconstructed in the original way.