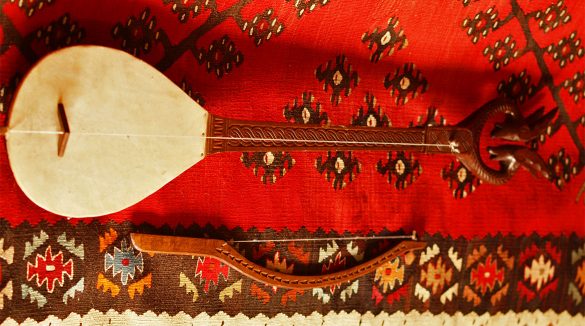 Much of Montenegrins music is an acquired taste to Western ears, though some of the choral works are easy to appreciate. The vocal tradition features funeral laments, generally sung by women, featuring stories about the dead person, though the lilting songs of the Boka seamen are altogether more cheerfull. The two national instruments are the flute, played by the Montenegrin people who watch the animals, and the single-string violin called the Gusle, invariably played with a vocal accompaniment.

The gusle is a primitive single-stringed musical instrument (and musical style) traditionally used in the Dinarides region of the Balkans. The instrument is always accompanied by singing; musical folklore, specifically epic poetry. The gusle player (Guslar) holds the instrument vertically between his knees, with the left hand fingers on the strings. The strings are never pressed to the neck, giving a harmonic and unique sound.