Nikšic is located in Nikšic plain, at the foot of mount Trebjesa. It is the center of Nikšic municipality with a population of 75,282, which is the largest municipality in Montenegro by area. Nikšic is the second largest city in Montenegro, after Podgorica, and is an important industrial, cultural, and educational center.

The first settlement in the area of modern-day Nikšić is thought to be formed in the 4th century, as a Roman military camp. The camp was probably founded on the site of the previous Illyrian tribal settlement. The camp and the settlement were known as Anagastum, which was later transliterated as Onogošt, which was the name of the city throughout the Middle Ages. The settlement got its Slavic name of Onogošt during the migrations of the Slavs into the area. During the early Slavic state of Duklja, Onogošt was mentioned as one of the župas (administrative divisions) within Podgorje area.

Along with the rest of Duklja, Nikšić became a part of Rascia in 9th century. With the dissolution of Rascia, Nikšić came under the rule of Kingdom of Bosnia in 1373, and was under the rule of Kosača family of Herzegovina from 1448 until Herzegovina fell to the Ottomans. Ottoman Empire took hold of Nikšić in 1455, and it stayed under control of the Turks for more than four hundred years, as a part of Herzegovina Province. During the later years of Ottoman occupation, Nikšić served as a significant fortified military stronghold. It was liberated by Montenegrin’s in 1877, under the command of Duke Mašo Vrbica. After the liberation, the small Ottoman hamlet began to transform into a modern urban settlement. The first urban plan was adopted in 1883, commissioned by King Nikola, and designed by Croatian architect Josip Slade.

“The independence of Montenegro has never been wholly extinguished, not even in the beginning of the 16th century. The Montenegrin position differed from all other Slavic lands….In their inaccessible mountains, Montenegrin’s lived not much caring for the Sultan” Development of Nikšić is based on the guidelines of 1883 plan to this day. Simultaneously with urban development, cultural and economical expansion followed after inclusion of Nikšić into Montenegro. Although the city was not devastated in World Wars as much as Podgorica, all development and growth were halted. After the city was liberated from German occupation in 1944, the most dynamic growth of Nikšić followed. The city population was increased tenfold, and Nikšić became the heart of Montenegrin industrial complex. During the SFRY era, the city flourished, as steel and iron works, bauxite mines, electricity production, brewery and wood processing industries were set up in and around the city. However, as a mainly industrial city, Nikšić was hit hard during the severe economic stagnation and decline of the industries throughout Montenegro during the 1990s, with Yugoslav Wars raging in the region. Some of the industries recovered during the 2000s decade, and industry still makes up for the most economic activity in the city.

Nikšić is situated in north-central Montenegro. It is located at the centre of the spacious Nikšić field (Nikšićko polje), a karst plain with an area of 48 km², and an elevation of 640 meter. The plain is surrounded by inhospitable rocky mountainous terrain, a typical landscape of western Montenegro. The city itself is located at the foot of the Trebjesa hill. Zeta river originates in the Nikšić field, and flows near the city of Nikšić, before it becomes a subterranean river south of the city. The river caused frequent flooding of the plain, until the construction of Hydroelectric power plant Perućica in 1960. The construction of the power plant resulted in creation of three large artificial lakes near the city – Krupac Lake, Slansko Lake and Vrtac Lake. Today, the lakes are a popular recreation and relaxation retreats for the citizens of Nikšić. The city of Nikšic was built in the 4th century by the Goths. Its original name was Anagastum, which later became Onogošt. Remains of this old city are today a cultural and historic monument. Nikšic is the town of rich cultural and historical heritage on whose territory are found many cultural monuments from the Illyrian and Roman period. Many documents and objects from the historical development of the town are exhibited in the local Museum, which makes, together with the archive and library, part of the Center of culture. Apart from the Center of culture, there work on the cultural level, the local Theatre, the public institution Zahumlje, and the Center for the information activities – TV Nikšic , Radio Nikšic , TV Montena and other publishing houses. The organization of numerous literary and poetic gatherings whose important happenings are the September days of culture and Pjesnik na korzu , the promotion of books, the organization of concerts of singers and music bands, and from recently more and more, thanks to the newly formed society of the lovers of art ARS, the concerts of classical music, the organization of the theatre plays, especially for children, the publishing of the magazine for the elementary school children Poznanstva , then Rijec and Luca published by the Faculty of Philosophy , are only a part of the activities in cultural milieu which is present in Nikšic.

Nikšic is, alongside Podgorica, one of the biggest industrial centers of Montenegro. Steel mill (Nikšicka Željezara), bauxite mine, brewery (Nikšicka Pivara), and many more are concentrated in this city. These big industries have struggled to survive the collapse of socialist economy, but has since recovered. Process of privatization is either finished or still in progress for some of these industries. Today those industry giants cannot employ as much workers as they could back in the days of Socialist Federal Republic of Yugoslavia, and economy of Nikšic is slowly transforming to one more service oriented. Also Nikšic is known to be one of the more dangerous cities in Montenegro and the center of an alleged Montenegrin Mafia.

There are 40 educational institutions in Nikšic, 11 nurseries, 25 elementary schools of which one is elementary music school, 4 high schools and one institution for the higher education Faculty of Philosophy.

Although Nikšić area has seen human settlements since antiquity, most of the modern Nikšić is a planned city. Very little remains of the Ottoman architectural heritage, despite the long presence of Ottoman Empire in the area. The city layout visible today still follows the 1883 urban plan commissioned by King Nikola and designed by Croatian architect Josip Slade. According to this plan, the streets of Nikšić radiate to the north and east from the central city square (today a roundabout), locally known as Skver. The radial streets are intersected by circumferential streets and avenues, thus creating a half-spider web-like street layout. Layers of different architectural styles and urban patterns are evident along the radial network of streets. Thus, closest to the central roundabout is the historical core of Nikšić, formed after the liberation from Ottoman Empire, and serving as a nucleus for Slade’s urban plan. This area, on the foot of Trebjesa Hill, is home to King Nikola’s palace, City rark, and King Nikola´s  square, main city square located along the central Njegoševa Street. The area is composed of mostly single or two story row housing with basic designs, an architecture typical for late 19th and early 20th centuries Montenegro. The roundabout and the surrounding area is still the focal point of activities in the city, as bus and train stations, as well as commercial and civic services are located in the area. Farther from the central roundabout, the historical core is encircled with a layer of mass residential blocks, built during the SFRY era. The building of the highrise residential blocks facilitated housing of the large population drawn to the city by rapid post-World War II industrialisation. The SFRY era apartment blocks are still home for the majority of residents of Nikšić. Beyond the blocks, the city expanded in form of a suburban sprawl, that consists of detached housing. Close to the city blocks and major industrial areas, the lowrise single home suburbs are built with well executed urban plans, but farther away from the center, the city expanded in a chaotic and informal way. In addition, the rural areas south of Nikšić have merged with the city, so low density suburbs extend from the city in every direction, covering much of the Nikšić Field.

Niksic as an industrial city is not one of the tourist attractions in Montenegro. Even though it has a long history and a cultural history, the actractions and sights are mainly to be found in the surroundings of the city or spread over a larger area. Perhaps the biggest attraction of the city is the fact that it produces Nikšićko Pivo, the favorite beer of the nation. It is also one of the best places in Montenegro to view alternative, avant-garde art. The lakes in the area are a popular recreation and relaxation resort for the residents of Nikšić during the hot summer months.

Nikšic’s main road connection to the rest of Montenegro is E762 motorway, which connects Nikšic with Podgorica. This is 55 kilometer long and relatively new two-laned road. Nikšic is also a hub for road traffic towards Bosnia and Herzegovina, as it is connected with Foca to the north and Trebinje to the south-east. There is also a detour from Nikšic – Trebinje road which goes to Risan in the Boka Kotorska, and that is the shortest road connection with Montenegrin coast. Nikšic is also connected with Žabljak through Šavnik.  Podgorica Airport is some 70 kilometer away from Nikšic, and has regular flights to Belgrade, Budapest, Zurich, Frankfurt, Ljubljana, Paris, Rome and Vienna. 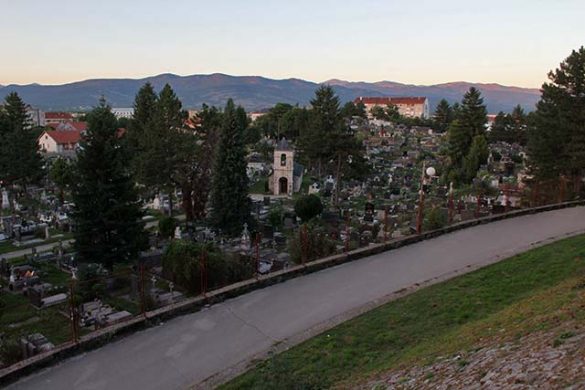 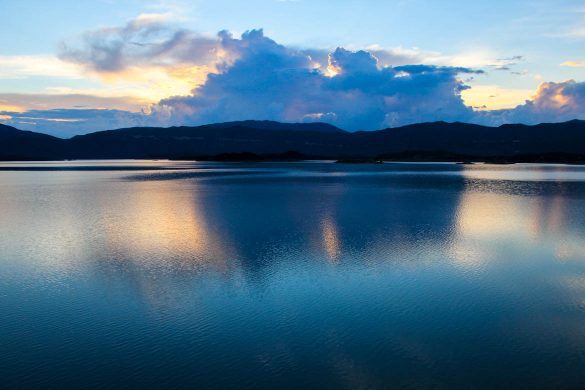