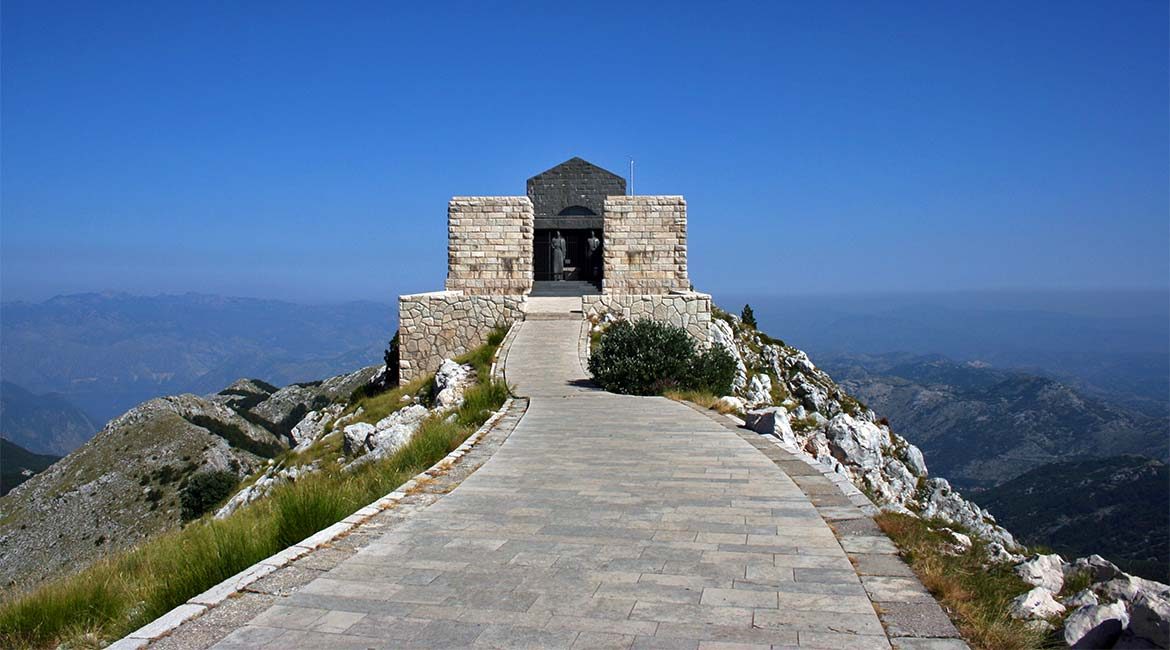 The mausoleum of Petar Petrovic Njegos built of limestone and granite can be found on top of Mount Lovćen. It was Njegos’s last wish, the greatest ruler of the Montenegrins who was a bishop and a poet at the same time to be buried there. The big statue in the mausoleum was sculpted by Mestrovic. The statue was getting dusty for a long time in a store-room but later it was carried up to the peak with the help of big haulers and winches.

The Mausoleum was dedicated by Duke Danilo in 1855 in a church built by Njegos himself. Each Montenegrin sees in this man the personification of all that he or she holds sacred. The road climbs 20 kilometer from Cetinje to the car park, from which 461 step lead to the Mausoleum and, in clear weather, a stunning 360 degrees view of mountains and coast. For an unworldly experience try it in a thunderstorm. On a clear day its even possible to see the Italian coast.

“I want to tell you something about Lovćen , about a beautiful Montenegrin hill. The first thing that emerges in front of you, that is it; the first spoken Montenegrin word is its name; the first step on the Montenegrin soil is the stone of the Lovćen mountain. Wherever you go, you can see it; it is a polar star for Montenegrins.”

There are no posted trails in the park but the way to the summit is easy to pick out. It takes about three hours to walk on foot from Cetinje to the Mausoleum by road, or with shortcuts, about two hours from Bajice at the edge of town. From Njegusi to mausoleum it takes about one and a half hours, with obvious shortcuts.

Touristical information about the Njegos Mausoleum

Entrance costs for visitors are 5 euro for adults and for children it is less. Inside the Njegos mausoleum there is also the opportunity to dress yourself in the traditional Montenegrin costume and take pictures with it. The ramp for paying the national park fee is also relocated to the entrance road of the Mausoleum, keep this is in mind.

Accomodation in the Lovćen park

According to the laws that apply to national parks in Montenegro to preserve the natural resources and cultural heritage of the parks, no new projects may be started. An exception to this is only for existing foundations on which a new project may be realized. For the Lovćen national park, this means that only two private hotels are located in the park, next to the state hotel which is not used for commercial purposes. The nearest city is Cetinje where several hotels are located. Kotor is also a possibility but is at a greater distance and also involves a much longer travel time. You can also rent one of the bungalows inside the park that are that operated by the tourist organisation. These cost €40 per night and you can book them by emailing the parks tourist organisation. For those willing to pitch a tent there is a small fee of €3 for a small tent and €5 for a large tent. Once again the the parks tourist organisation needs to be contacted for arranging. This accommodation is located in the Ivanova Korita part of the park of which one can observe the mausoleum but is still 7 kilometers from it. What it still makes a nice walk, but from the hotels and the tourist organization it is possible to rent a bicycle for a small fee.

Tours to the Njegos Mausoleum 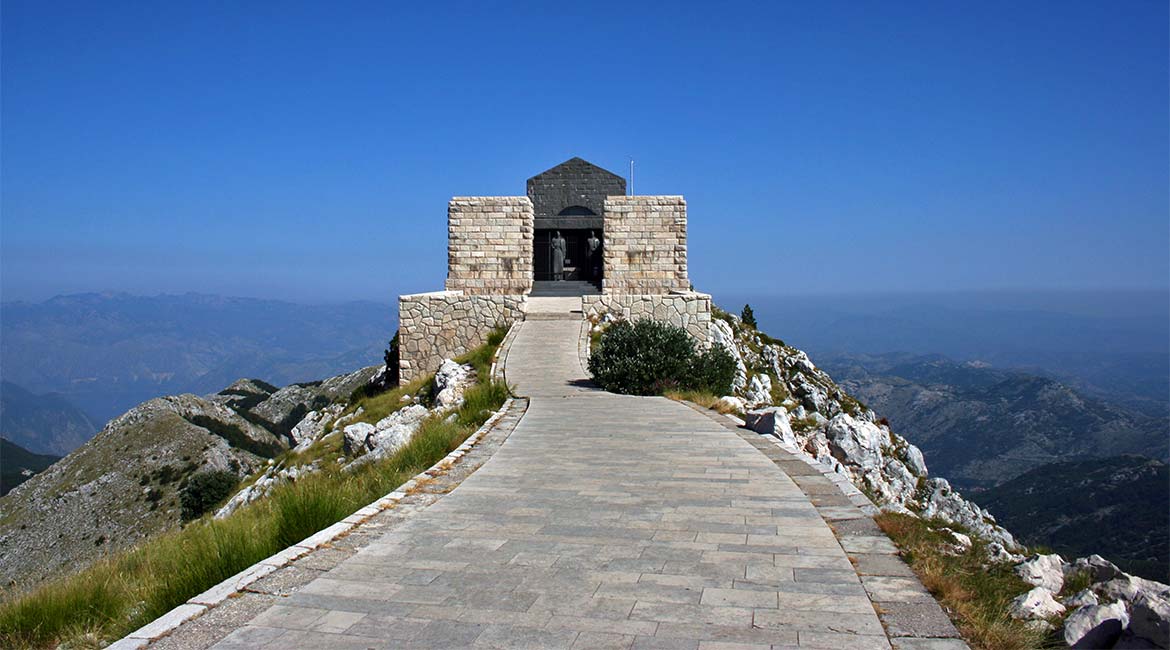 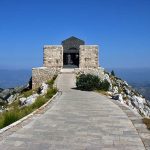