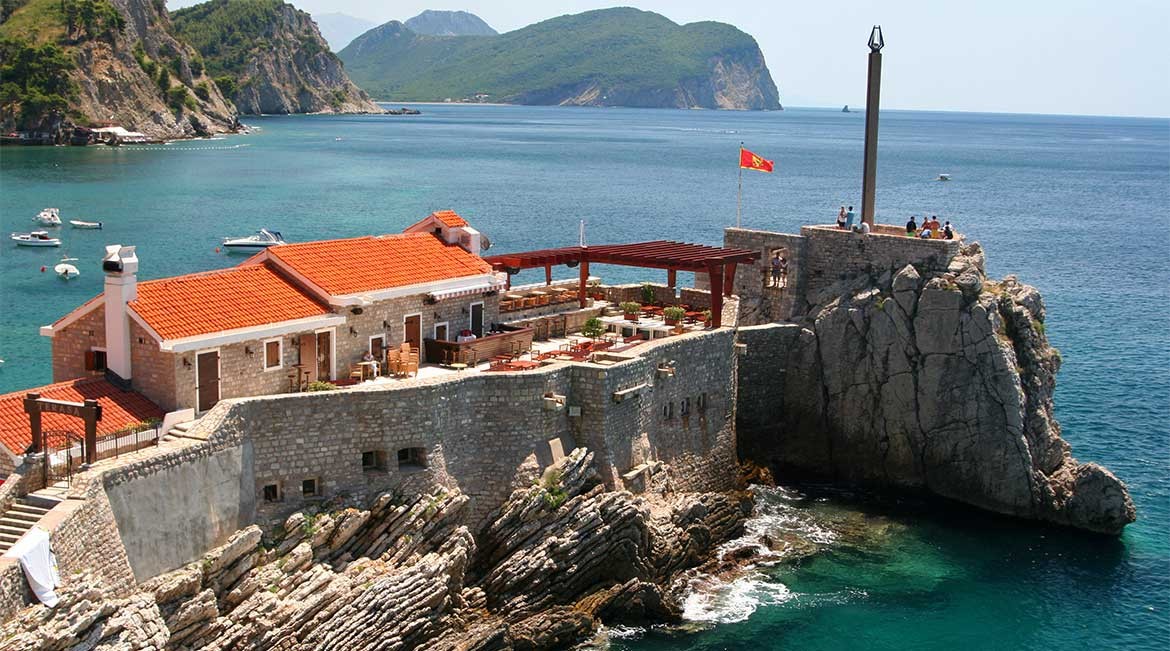 Petrovac was first mentioned in the chronicles of father dukljanin. Once called Lastva, it was founded as a settlement in the late 18th and early 19th centuries of interest are two small churches, built in the 14th and 15th century, after wich the settlement takes its name, Kastel Lastva. Petrovac is located on the coast between Budva and Bar, where the old mountain road from Podgorica reaches the coast. It has a 600 meter long sandy beach and it is a popular tourist destination. Petrovac is seen as a somewhat “calmer” resort, in contrast to the lively and developed nearby towns of Budva and Sutomore. The history of Petrovac began in Roman times, when a few villas were built on the karst plateaus of Medinski. A 4th-century mosaic floor, remains of a villa and baths are found behind the Sveti Ilija church. Later there was a small slavic village. The village was mentioned for the first time in the chronicles of the priest of Duklja. A 16th-century Venetian fortress, Kastel Lastva, was built on the north side of the bay to discourage pirates. The name, Petrovac, was given at the beginning of the

20th century in honor of King Peter I Karadjordjevic of Yugoslavia. Before, the name was Lastva. In the bay there are two islands Katič and Sveta Sveta Neđelja, of which there is built on one small chapel. Built as thanks for saving a life of a shipwreck who went to disaster. At the beginning of the 20th century, about 300 inhabitants lived in Petrovac. In the Second World War, secret British agents landed in nearby Perazića Do. They planned to contact the Yugoslav partisans (Operation Hydra).

Between the two world wars, Petrovac was famous as a popular destination for wealthy tourists from the former Yugoslavia. Petrovac is today a popular summer beach resort, its visitors coming predominantly from Montenegro and Serbia. Tourist accommodation has expanded greatly in recent years, although less obtrusively than at Budva and the quality has also improved in response to market demand. The resort’s main attraction is its beach. There is a night club in the old castello. There is ready access to neighboring beaches at Lucice and Buljarica.

Offshore from Petrovac are two islets: Katic and Sveta nedjelja with a small church which, as legend has it, was built by a seafarer who was saved from a shipwreck on this island that art is long lasting and life is brief can be seen in the priceless cultural heritage found in Petrovac and its surroundings. Beauty and its time lessness are reflected in secular and religious buildings dating from late antiquity and early Christianity where floor mosaics represent the earliest signs of art in this region. 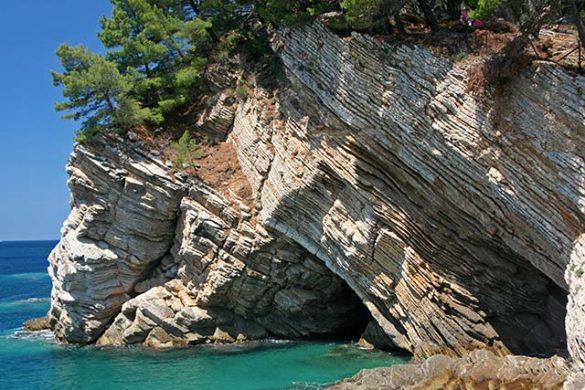 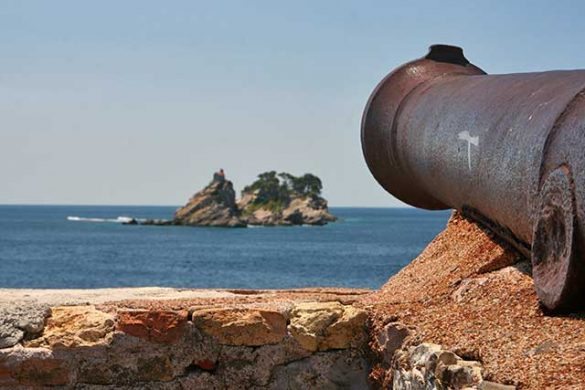 Petrovac is therefore seen as a somewhat “quieter” resort, in contrast to the lively and developed nearby towns of Budva and Sutomore. But because of the smaller size it can feel even busier than the above mentioned in the summer months of June and August, because in this period it really peaks in contrast to the other months in the year. The city itself offers 5 large hotels and also a large variety of private accommodations. You can always choose to stay in the city, from where it is only a 10 minute walk to the coast. It is also possible to spend your holidays in the nearby settlements, Lucica and Buljarice, which are also known for their calm, clean beaches and healthy air.
Petrovac was for a long time a small town in a dense vegetation between Kastio and Malo brdo, with the islands of Katic and Sveta Nedjelja, and was first discovered 90 years ago by tourists. Year after year, the number of tourists has grown and Petrovac has constantly increased the number of beds available both in private houses and in

hotels. There are fewer olive trees and less vegetation, while the beach with its small pier, pedestrian walk along the beach, new and old hotels and houses along the coast, restaurants and cafes are all the new tourist history of this place, one of the most important tourist centers in the Budva riviera. The new tourist image of Petrovac is enriched by the monuments of the past. Petrovac has a mild Mediterranean climate with almost 300 sunny days a year, and is characterized by numerous bays, long beaches and small bays with sand, which are among the nicest in this region.

Despite the town’s small size, it has a football club, OFK Petrovac, in the Montenegrin First League. They play at the town’s stadium, called Pod Malim Brdom, which literally means Under the Little Hill in Montenegrin language.

In the 21st James Bond film, Casino Royale, Petrovac was the location of the eponymous casino. In the film, little is seen of the town, only the casino’s environs and an outdoor cafe. A part of the movie Brothers Bloom was filmed in Petrovac. The locality has often been used in music videos of regional singers. 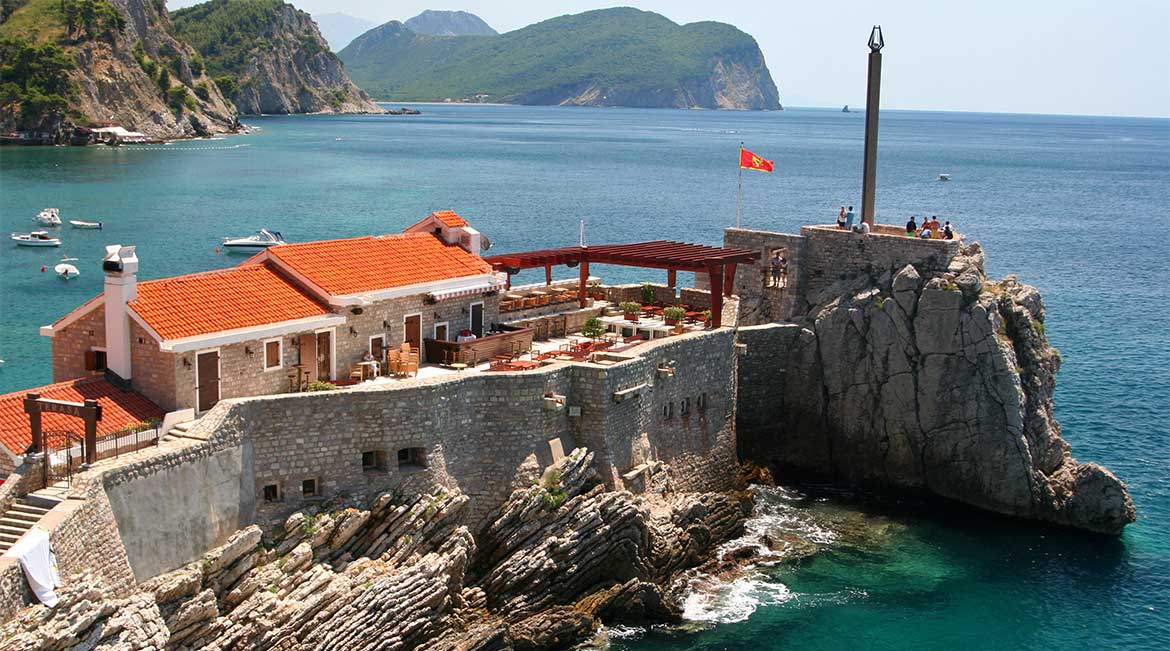 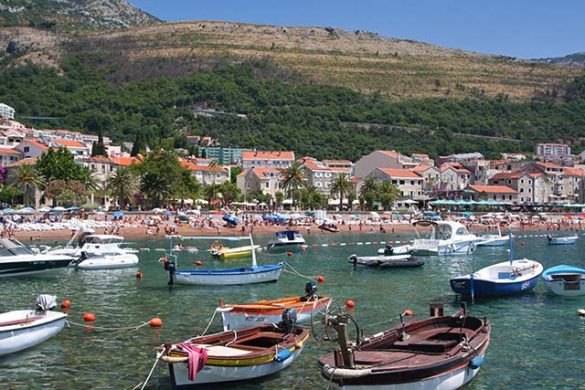 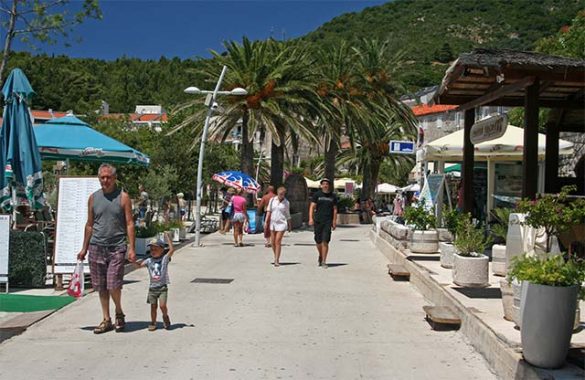 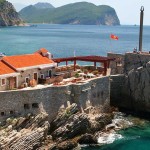