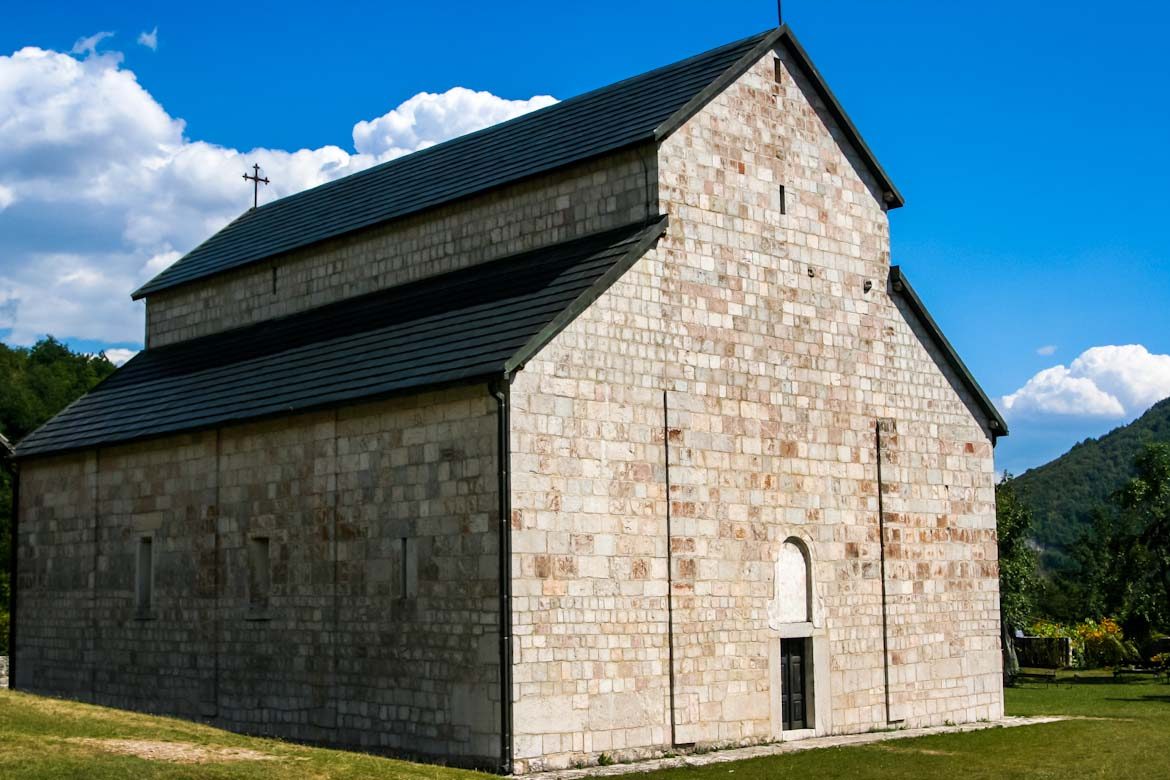 One of especially significant monastery complexes in Montenegro is the Piva Monastery, which was once located at the source of the Piva River, but due to forming of an artificial lake for the needs of Electric Power Plant “Piva”, it was moved to another location. The works on its displacement lasted longer than a decade, from 1970 to 1982.

From the walls of the temple there were taken down and put back 1260 m2 of frescoes. The building itself was “unbuilt” stone by stone and built again on the new location.

Monastery Church of mother of God Ascent (Uspenja Bogorodice) was built between 1573 and 1586, with support of Herzegovina’s Metropolitan Savatije. The church is three naval building with over topped middle nave, without dome. Internal surfaces of walls were painted by fresco decorations in period between 1604 and 1626. The main part of the temple was decorated by anonymous Greek painters between 1604 and 1605. The upper zones of narthex were painted by domestic painter Strahinja of Budimlje in 1604, whereas the lower zones are the work of sophisticated painter Kozma originating in 1626. The same painter also made majority of icons on gilt, richly engraved iconostasis. Monastery’s Treasury is well known for the abundance of ritual objects and liturgical books, part of which has been exhibited in Monastery’s Museum.