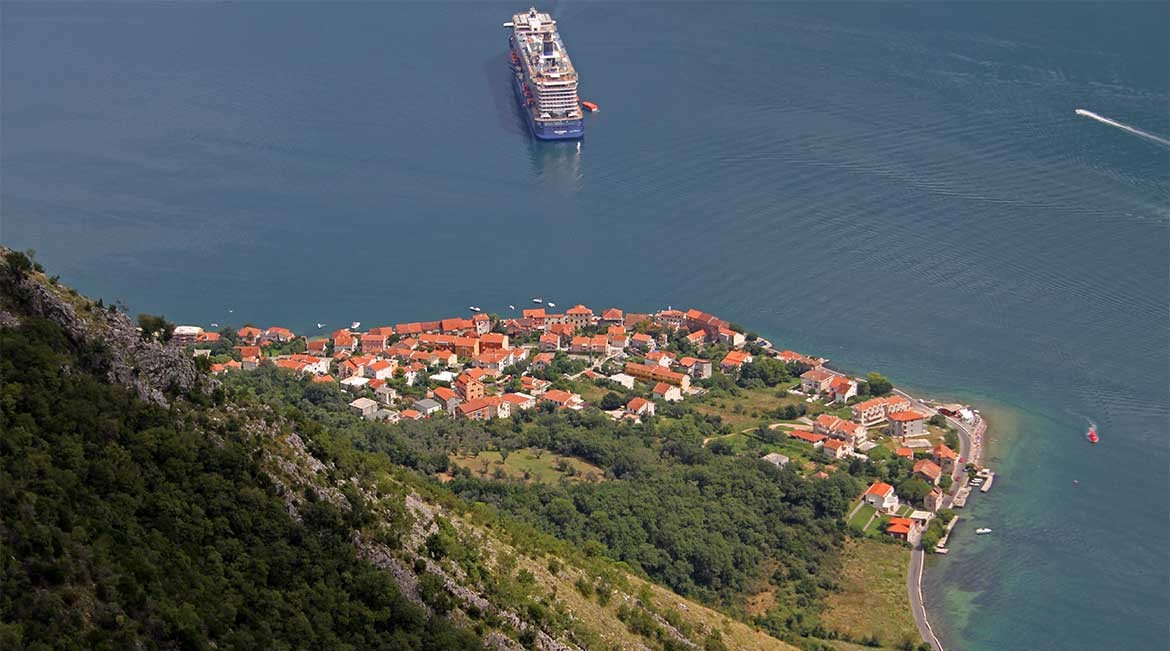 Prčanj is a small town in the Boka Kotorska. The town has a population of 1244 people. It is located ~5 kilometer west of Kotor, opposite Dobrota and between the settlements of Muo and Stoliv. All it’s history has been written at sea. It was one of the most important maritime centers on southern Adriatic. Since the fall of the Roman Empire the small village of Perzagno was populated by Dalmatian Italians and was closely related tho the nearby Cattaro (now called Kotor). While under the rule of the Venetian Republic, Prčanj (then called Perzagno) gained its fame in a rather unique way. By the end of the sixteenth century the administration noticed that sailors from Prčanj journeyed to Venice faster than the government ships. It was then decided that Prčanj be given the responsibility of permanent mail service for the Republic. This was further purported by a decree from 1625 that lauds Perzagno inhabitants for conscientious and effective handling of State mail. The decree was of tremendous significance for the town as it freed its denizens from manual labor – a mandatory form of state service at that time. The decree officially made Prčanj a naval town, and its duties to the State were henceforth of maritime nature only. The importance of reliable mail service was of tremendous value to the Venetian Republic. Prčanj became a port from where the mail from Istanbul that arrived over land through Montenegro continued seaborne towards Venice. 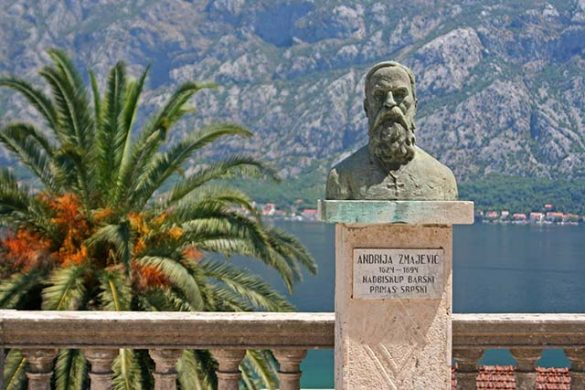 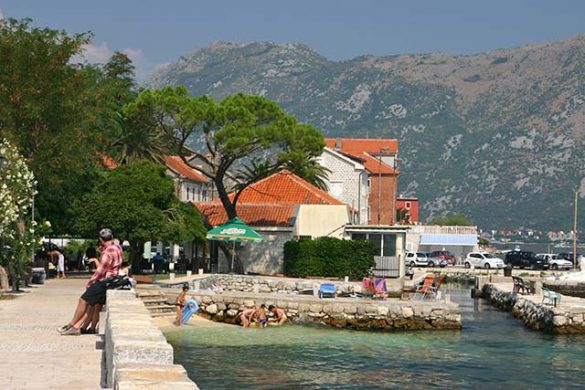 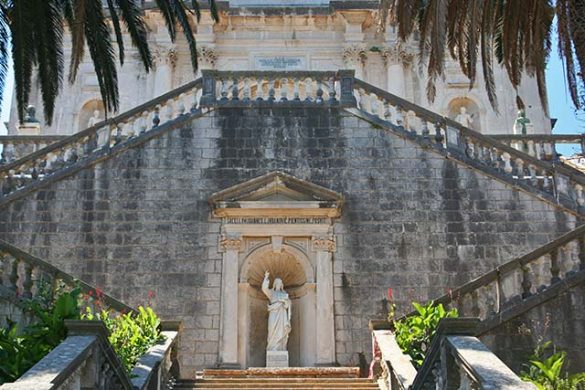 Perzagno ships were initially small in size and held a crew of nine. The ships were ready to sail year around and would negotiate the 400 mile journey to Venice by oar and sail. The town’s privileges grew and, in 1704, Perzagno was granted its own municipal district inside the Albania Veneta. When the Boka Kotorska was part of the Austrian empire, Emperor Franz Josef came here and was greeted by several dozens of uniformed ship captains.

Architecture in Prčanj bears witness to its prosperity in the 17th and 18th centuries. The town’s waterfront consists of a long line of stone villas, unified by their beautiful facades and separated by gardens and olive orchards. The most impressive feat of architecture in Prčanj is the Nativity of the Blessed Virgin Mary church Bogorodicin Hram. It seems out of proportion to the number of inhabitants and took 120 years to build (1789–1909).

It was designed by a Venetian architect Bernardino Maccaruzzi. The church has a monumental baroque facade with Corinthian and Doric columns and displays a collection of paintings and sculptures worthy of its size, including works by Piazzetta, Tiepolo, Balestra, Meštrović, and numerous other artists.

Due to the limited space in Kotor itself, in recent years much has gone to the surrounding villages of Muo, Prčanj to meet the growing accommodation demand. The location of Kotor with the narrow coastal strip with little space is the cause of this. At first glance this part seems to belong entirely to Kotor, because the transition between Kotor and the surrounding villages is not easy to see or not. Most new accommodations have been built in Muo and Prčanj. Situated next to each other at the foot of the Vrmac mountain, which cuts the bay in half, it faces Kotor, which gives a nice panoramic view of the old town of Kotor, and the back Orjen and Lovćen mountains. However, both villages also have their own history and beauty, which made them a suitable place for tourism development. Muo itself is closer to Kotor, and Prcanj a bit further, so it is not really within walking distance. Prcanj hereby has something bigger and has a larger history of its own. As a result, accommodation can also be found in the renovated and transformed sailor’s villas, just as in Kotor.