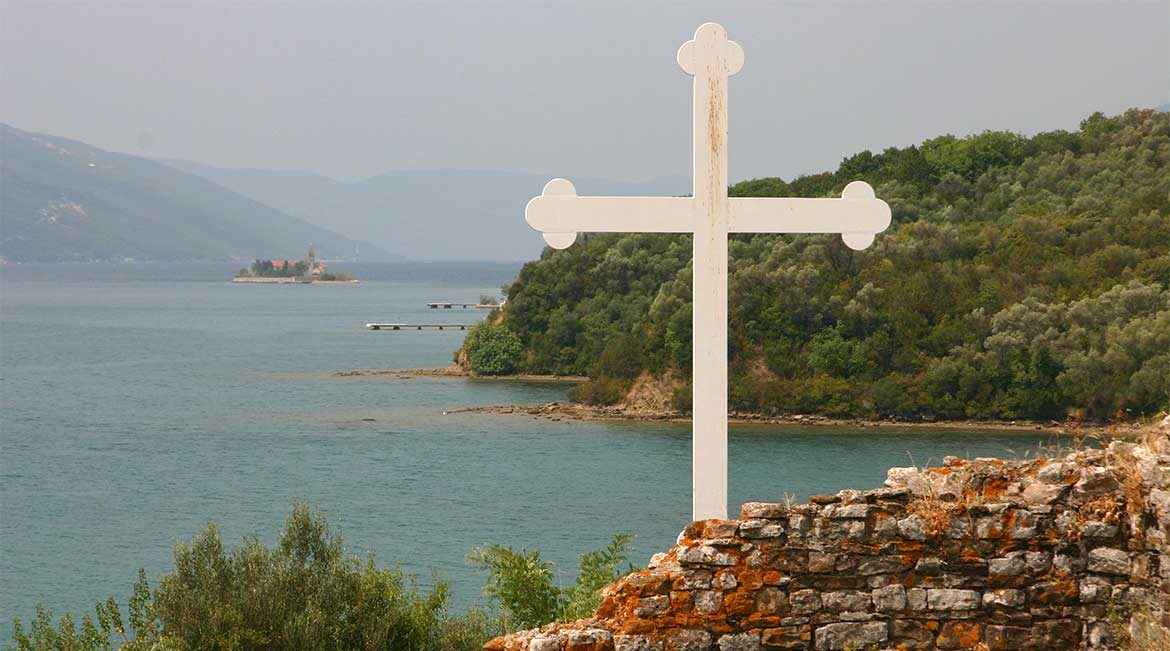 Prevlaka island also known as Ostrvo Cvijeća the Island of flowers is located near the town of Tivat, in the Boka Kotorska. The island is 300 meter long and 200 meter wide. It is connected with mainland by a narrow isthmus. The island was the residence of the metropolitan of Zeta’s diocese from 13th to the 15th century.

“Our dear Boka, Adriatic’s bride. Droped with the sky like with silk blue, Prettier than any Nereid are you, Upon you beauty you should yourself pride”

It was a tourist resort for the military personnel, closed for general public in the Socialist Federal Republic of Yugoslavia period.It is today populated with about a hundred people, mainly living in bungalows.

Prevlaka island is not to be confused with Prevlaka peninsula, also located in the Boka Kotorska, but belonging to Croatia. On Prevlaka island, there is also a famous Monastery of the Archangel Michael, which is undergoing a restoration. Today’s monastery sits on nearly the same location which occupied the previous one which was destroyed by Venetian Republic in 1441, after it was proclaimed to be off limits due to the rumors of a plague breakout.

Recent research by the Military Medical Academy in Belgrade, using recovered remains of monks from that time have revealed that the monks died probably due to arsenic poisoning. The island is connected to the story of countess Ekaterina Vlastelinović, married for the wealthy Ilija Veselinović from Risan. In her 25th year Katerina becomes a widow and vows to never marry again. For 400 gold coins she buys a third of Prevlaka from the offspring of Kotor’s Druško family. All the wealth and inheritance she used for the reconstruction of destroyed religious buildings to the spear. Thanks to her was erected the church of Sv. Trojica. Although she never wore a uniform, she became a nun and founder of the monastery. Lady of high style chose the asceticism for the rest of her life. At the end of her life she bequeathed all hier property to Petar II Petrovic Njegos, with whom during life was often in contact, just like with St. Petar of Cetinje. She died of an unknown reason, on March 2 1842 on Prevlaka where she still rests.