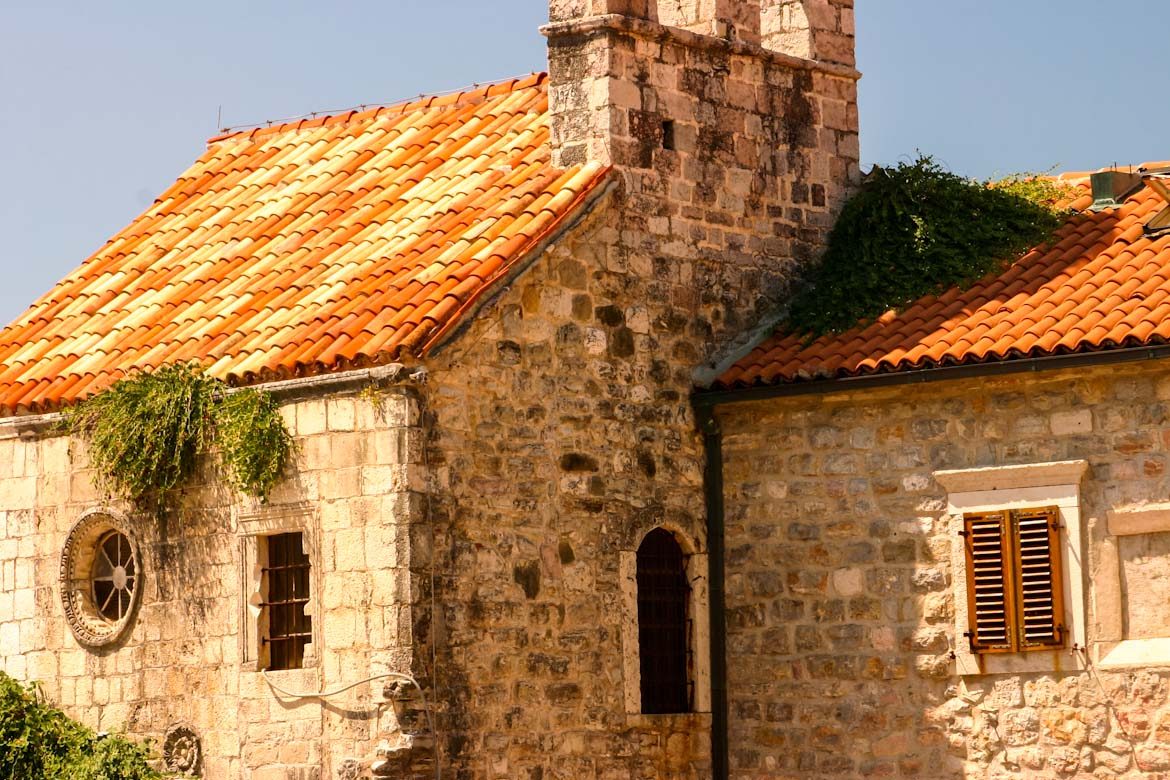 The oldest church with the precise date of constructing in Budva is crunch of St. Maria’s. It’s placed in the Old Town of Budva. This is a short Latin inscription in stone about the building of a church in 840.

Today it survives incorporated in the north wall of St. Maria’s, one of the oldest known, accurately dated, medieval inscriptions on the eastern Adriatic coast. It is believed that it refers to the church of St. Maria cited in later written sources. It is not known where the church was located; possibly it was even an adaptation of the diocesan basilica. The small town of Budva did not preserve many records of its appearance in the Middle Ages.

Material remains confirm continuity of habitation in the town. For this period there are the remains of ecclesiastical buildings, and something an be concluded on the basis of the medieval walls.