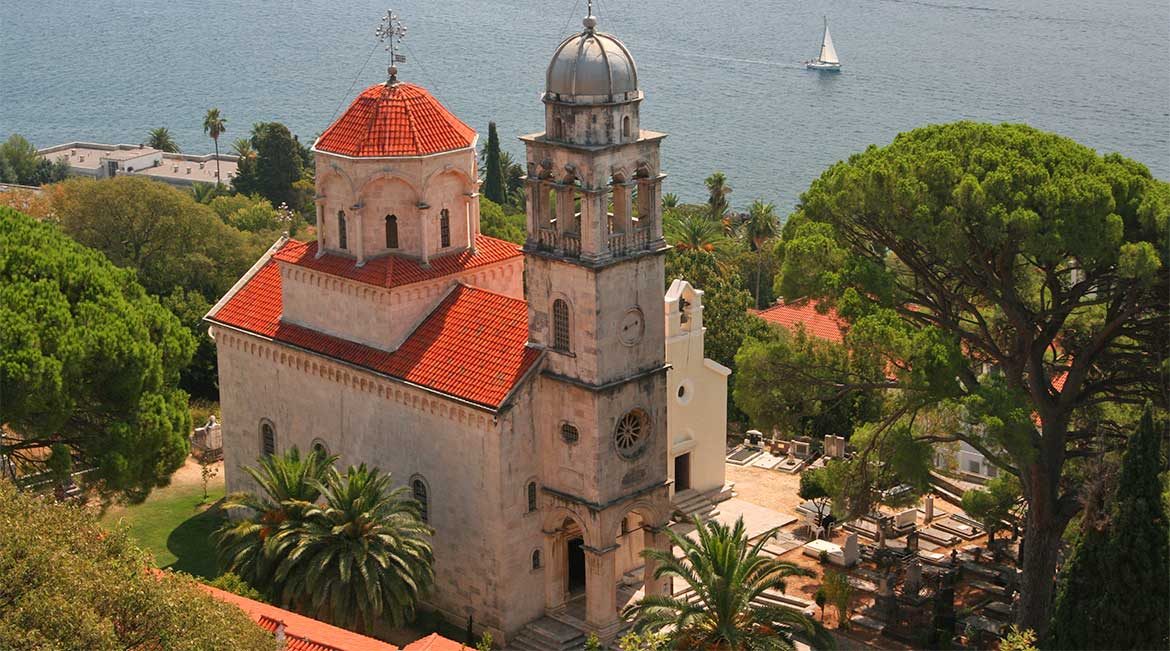 The Savina monastery, located near the town of Herceg-Novi, was built amidst rich Mediterranean vegetation in one of the most attractive corners of the northern Montenegrin coast. The name originates from the 4th Century martyr St. Sabbi. There is considerable controversy regarding its age. The monastery consists of three churches: the church of the Assumption, the church of St. Sava of Serbia and the larger cathedral of the Assumption.

The church of the Assumption is very small, only ten meters long and six meters wide. It probably dates back to 1030, although the earliest written reference to the monastery dates from 1648. According to tradition, the monastery was renovated by the monks, led by the Bishop Ljubibratic, who fled the Tvrdos monastery in Herzegovina to escape the Turkish onslaught.

The church possesses rich treasures from the Nemanjic period, including the shroud from the Tvrdos monastery, the remains of the wife of the tzar Dusan of Serbia, a silver-plated hand said to be that of the queen Jelena, a crystal cross decorated with gold, silver and four rubies, said to have belonged to St. Sava, and many other objects of historical interest. The church of St. Sava, whose construction is attributed to Sava Nemanjic, is located outside the monastery, on a wooded hill. The cathedral of the Assumption was built between 1777 and 1799 by builder Nikola Foretic from the island of Korcula.