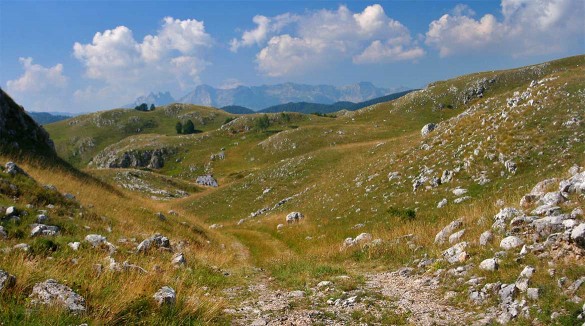 Some geographers classify Sinjajevina a mountain plateau, but it also holds the largest pasture range in Montenegro. The direction of Sinjajevina follows the rest of the Dinaric ranges, from east to west. Sinjajevina’s relief is rolling due to glacial activity.

“Didn’t the old legend told, when god had created the earth, he flown over it with 3 bags who carried earth, seeds, and rocks. Every country got his share. Untill the devil suddenly appeared and cutted the bag filled with rocks. The country were the rocks were tumbling on would be known as Montenegro”

The complexity of this mountain is due to it’s bordering rivers of Tara, Moraca, Tusinja & Bukovica.

It stretches from south-east to north-west, from the towns of Kolasin to Njegovudje near the Durmitor National Park. The Sinjajevina massif is 40 kilometer long & 15 kilometer wide, and is specific about it’s carstic fields and beautiful grassy slopes. The soil composition is arid terrain due to the lack of forest covering and exposure, which has caused it’s rather unique foliage.

Sinjajevina is also the home of 2 lakes: Zabojsko Jezero (1486 meter, 19 meter deep) and Zminicko Jezero (1295 meter, 4 meter deep). These lakes are in the process of natural extinction. Sinjajevina has also numerous ponds nourishing it’s existing livestock and wildlife. The terrain is ideal for mountain biking, and in the winter months for lengthy skiing. Sinjajevina is easily accessible also from Durmitor National Park, what offer many possibilities for climbing and biking routes in Sinjajevina region. The highest peak of Sinjajevina is Babji Zub (2277 meter ) which is located on the South part of the Sinjajevina massif. Babji Zub is beautiful peak, its impressive eastern wall is placed above green paradise of Gornje Lipovo village and its surroundings. On the other, western side, Babji Zub and its rocky slopes dominate above green Dragovica Polje valley, Moracke Planine range and impressive Moraca Canyon, which is located between Sinjajevina and Moracke Planine.

Sinjajevina has been known since old times as an area with no ideal environment. The harsh winters with a lot of snowfall, the winds, little vegetation, and the very hot long summer days with the almost total lack of water meant that not many people inhabited the remote vast area in exception to the shepherds. As a result, there is not much accommodation available. The accommodation that is available can be found in the surrounding Katun’s. Which often themselves no more can consist out of a few houses. These naturally have their own wild adventurous charm, but keep in mind that the facilities present are certainly lacking, which is not everyone’s kind of taste. This already low offer also often goes through the old-fashioned visiting of the accommodations and asking about availability. The advantage is that you see Sinjajevina at its best, during the sunrise and sunset, where the fields colors gold and the rolling landscape with long shadows come to life. Otherwise, people are designated to the closest town of Kolašin, which importantly functions as the basis for visiting these regions of Montenegro. 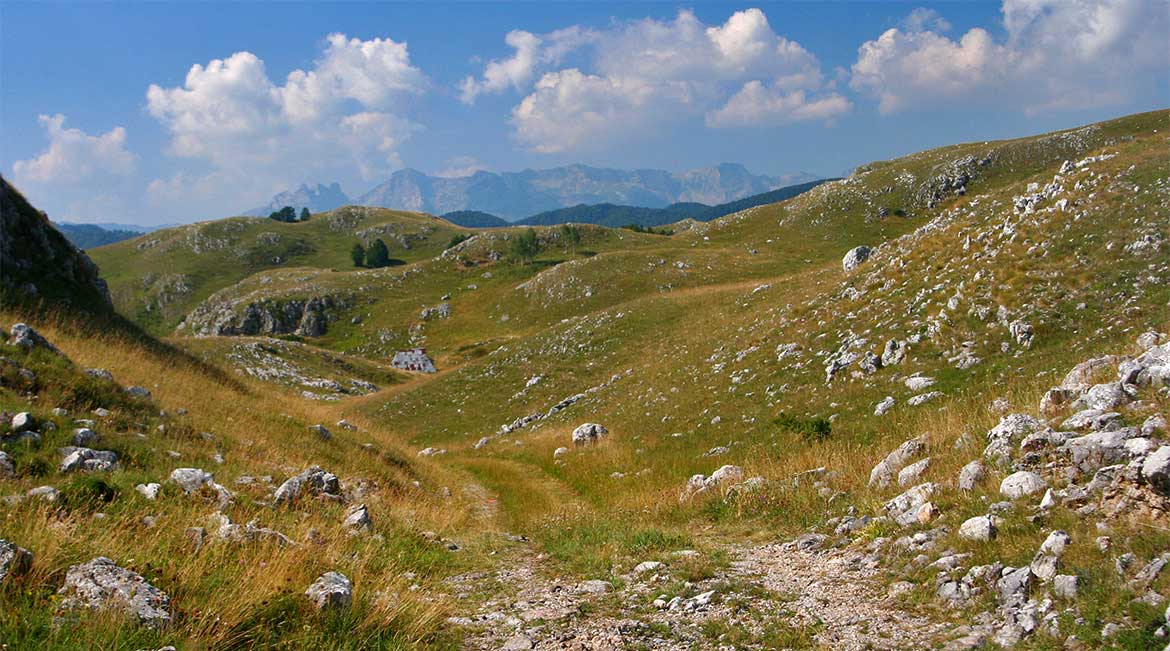