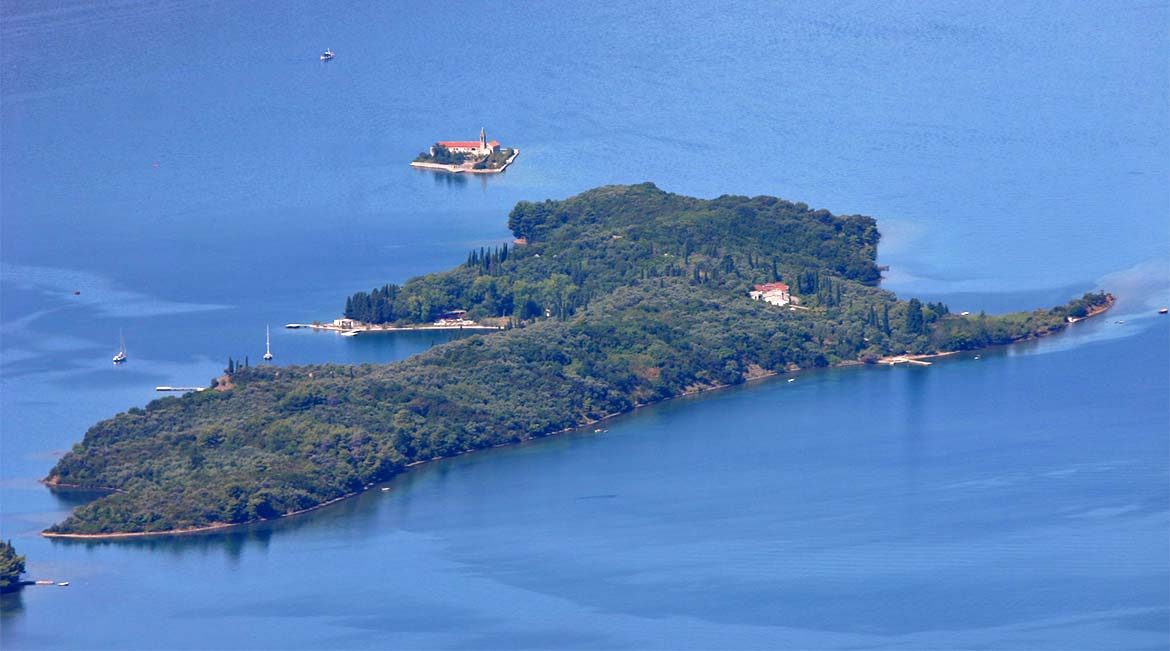 Sveti Marko island is located near the town of Tivat, in the Boka Kotorska . It is aligned with the Tivat’s other island, Prevlaka island. The island is entirely covered with greenery. In 1962, a tourist settlement was built there, with 500 Tahiti-style houses, without water supply or electricity. It was managed by Club Med, and until the Yugoslav wars, it was a very popular tourist destination.

Sveti Marko island is the largest island of the Boka Kotorska. The island has 4 kilometer of beaches. The swimming season lasts for 180 days a year and the air temperature during 115 of them is higher than 30˚C. During six months the water temperature is about +20 – +26˚С. The island takes its name from Saint Marko – one of the four evangelists, a patron saint of Venice particularly worshiped by the Mediterranean Christians.

In February 2010 the Government of Montenegro approved the State Location Study of the Sveti Marko island project, the equivalent of Planning Permission. With the mind to make a 6-star resort of the island.