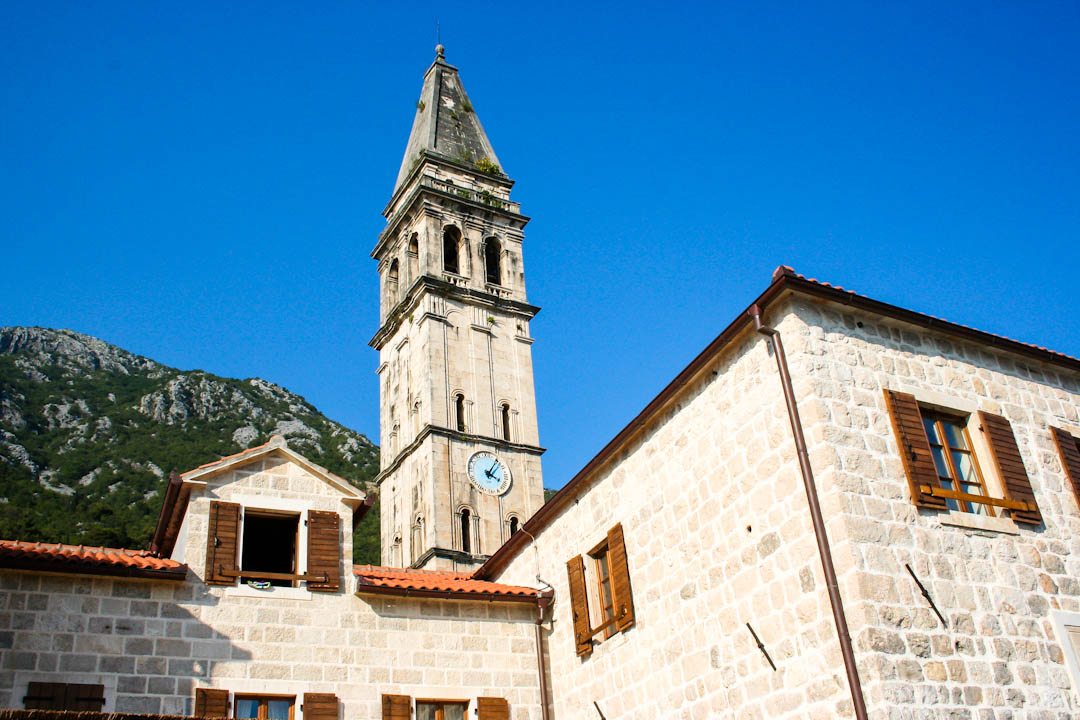 The Sveti Nikola church is the largest church in the old town Perast at the Boka Kotorksa in Montenegro. The church is located on the central square and has a large bell tower. The apse is directed to the southeast. The church acquired its current appearance in 1616, presumably after the construction of a former church from 1564. In 1699, repair work took place. Next to the old Sveti Nikola church is an unfinished church at the back, designed by the Venetian architect Giuseppe Beati. Only the apse and the sacristy were reduced from this church. Between 1740 and 1800, the second church was in full operation, but as a result of the Napoleonic wars the work was interrupted  and not resumed. As a result, old and unfinished churches today form a whole.

In addition to the church, a bell tower was built in 1691 on behalf of Ivan Skarpa. The tower is 55 meters high and 50,000 ducats were issued for its construction. Although the building was made during the baroque period, the bell tower has characteristics of both the Romanesque and Renaissance styles. The big bell was donated in 1713 by Andreas Zmajevic, archbishop of Bar. The clock was cast in Venice and installed in 1730. Two smaller clocks were added there in 1797.