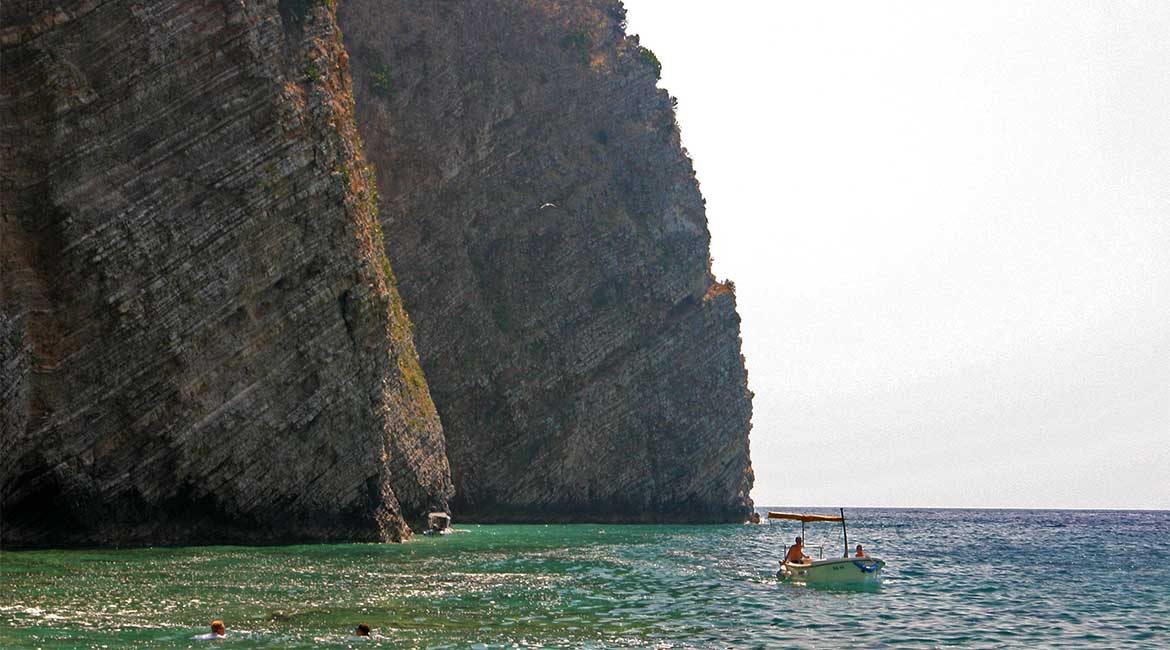 Sveti Nikola island is located opposite to the town of Budva, 1 kilometer from Budva’s old town. The island is 2 kilometer long, and it has an area of 36 hectares (89 acres). The highest point on the island is a cliff that rises 121 meters (397 ft) above the sea. The island is a popular excursion site in the Budva area.

It has three bigger sandy beaches with a total length of 840 meters (2,760 ft), and numerous small beaches around the island, accessible only by boat.

The island is called Školj by locals, which comes from the word “Školjka” which means shell, because of its shape, while the youth refer to it as “Hawaii” island. Of cultural importance is the small church of Sveti Nikola, which officially dates back to the 16th century, but was built on top of the ruins of an even earlier Crusader-era church and cemetery.

At the north end of the island there’s a restaurant, café and a couple of private beaches, while most of the rest of the land is still wild , and home to many varieties of wildlife, including rabbits, birds and even deer.