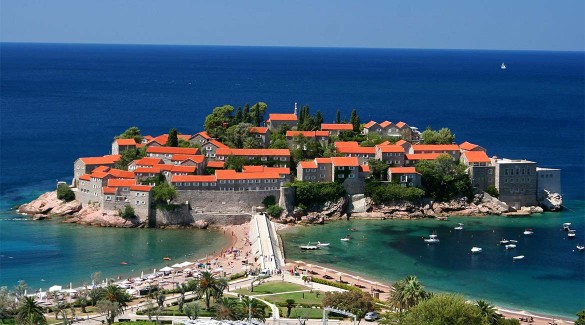 An Adriatic playground for the rich and famous from the 1960s to the 1980s, the hotel is now a 5-star franchise hotel of the international group of Aman Resorts, completed in 2009 and operating under a 30 year lease. Formerly an island, Sveti Stefan is now connected to the mainland by a narrow isthmus. The resort in total contains 50 rooms, cottages and suites on the island and 8 grand suites at the Villa Miločer. The hotel won the Hotel of the Year award from Gallivanter’s Guide in 2010.

The island has a 2 kilometres (1.2 mi) coast line in the central part of Montenegro Adriatic coast line. It is situated to the south of Budva between Przno and Sveti Stefan villages. The pink sandy beaches of Sveti Stefan, Miločer Beach and Queen’s Beach are part of the coast line. The island encompasses an area of 12,400 m2 (133,000 sq ft). At the foot of the Lovcen mountain ridge, in one of the most exotic encounters of land and sea, stands the island of Sveti Stefan. As legend has it, a fort was built on the island in 1442 when it was first settled. The island was fortified by walls so families from the surrounding villages could find shelter from Turkish and pirate attacks.

According to legend, the settlement was founded after a Pastrovic band bested the crew of a Turkish galley, and with the booty they seized a fort was built with one house for each of the twelve Pastrovic clans. On the terrace above the entrance to Sveti Stefan for decades the Pastrovic court meted out justice and resolved disputes, the spot known as the “place of justice”. Sveti Stefan has three churches: the church of St. Stephen, after which the island was named, located on the highest point on the island, the church of Alexander Nevski, and the smallest one dedicated to the Transfiguration, at the very entrance to the town, joined by a narrow embankment with the mainland.

The former inhabitants of Sveti Stefan

Owing to its location, Sveti Stefan was a trading and communications center for the whole Pastrovic clan. It possessed strategic and commercial significance at the time of the Venetian Republic when trade was lively.

The settlement slowly lost importance towards the end of the 19th century when the inhabitants, mostly fishermen, began to emigrate. During the Balkan wars only about thirty families still lived on the island.

Complete re-settlement took place in 1955 when the island was totally renovated and converted into the world’s most unusual “town-hotel”. The streets, walls, roofs, facades retained their former appearance, while the interior of the houses acquired modern hotel amenities. Today it is an attractive combination of an ancient exterior and a sumptuous interior, intended for the upscale tourist trade. For centuries on Sveti Stefan periods of turbulence and glory, brilliance and misery succeeded one another. 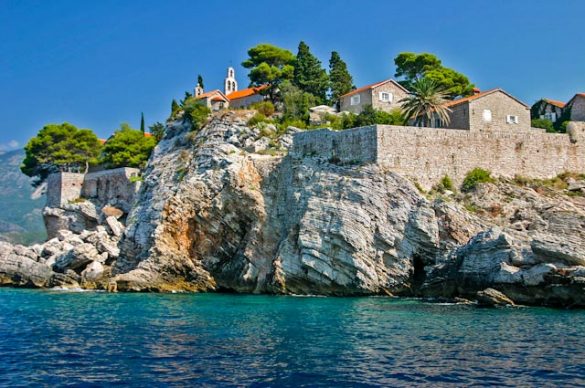 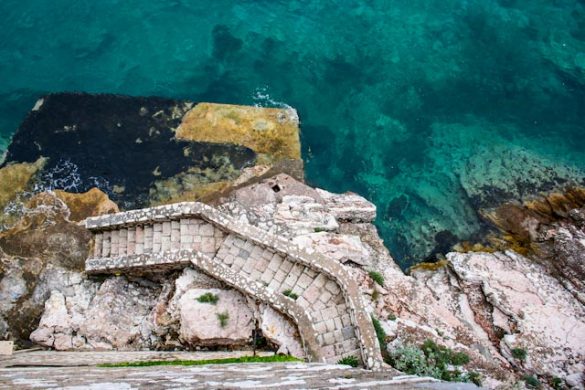 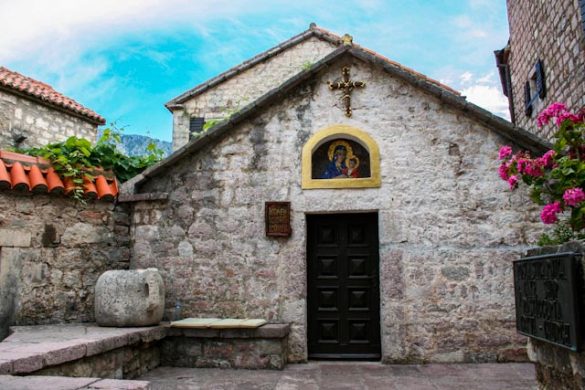 Spirit of the Sveti Stefan

Here tales of pride and patriotism were told, history blending harmoniously with the beautiful environs. In their long history Sveti Stefan, Milocer and Budva have been visited by many travelers, coming to admire the splendors of a small spot that has always proudly opened its doors, offering an experience of unprecedented beauty. This magnificent region has always welcomed all travelers, known and unknown, who have come or will come to admire its rare beauty, giving generously to those who know how to appreciate its values, ever ennobling, awakening in everyone a feeling for all that is eternal and indestructible.

Visiting of the island

Where it used to be possible to visit the island for a small fee, this has not been possible since the takeover of Aman. Many tourists stop at the viewpoint located along the main road with a good view of the island. From the coast it is possible to go to the beginning of the isthmus. There are tourist boats from Budva where the island is one of the places to be visited. Where, of course, a certain distance is kept to guard the privacy for the hotel guests.

Accommodation in the vicinity of Sveti Stefan

For those who can afford it, there is of course the possibility to stay on the Sveti stefan peninsula in the Aman hotel. This will not be reserved for most, as a result of which the majority is dependent on the adjacent coastal strip in front of the island. Due to the slowly rising coastal strip, many of the accommodations usually have a nice view of the island.

Best accommodation near the island 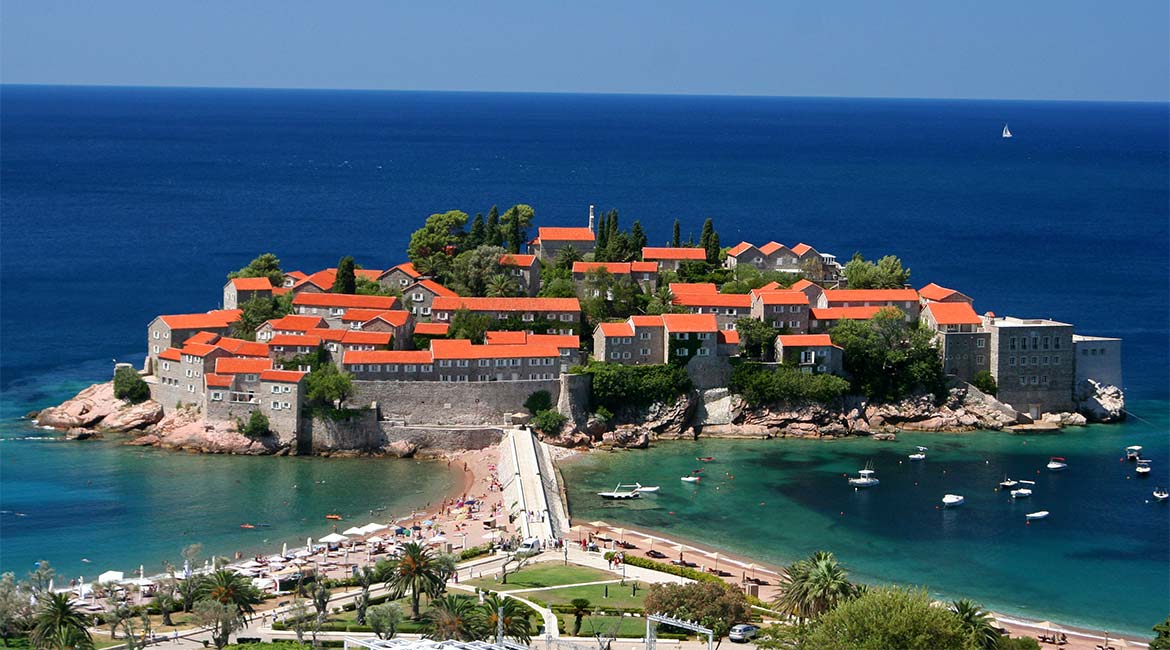 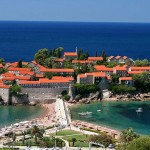