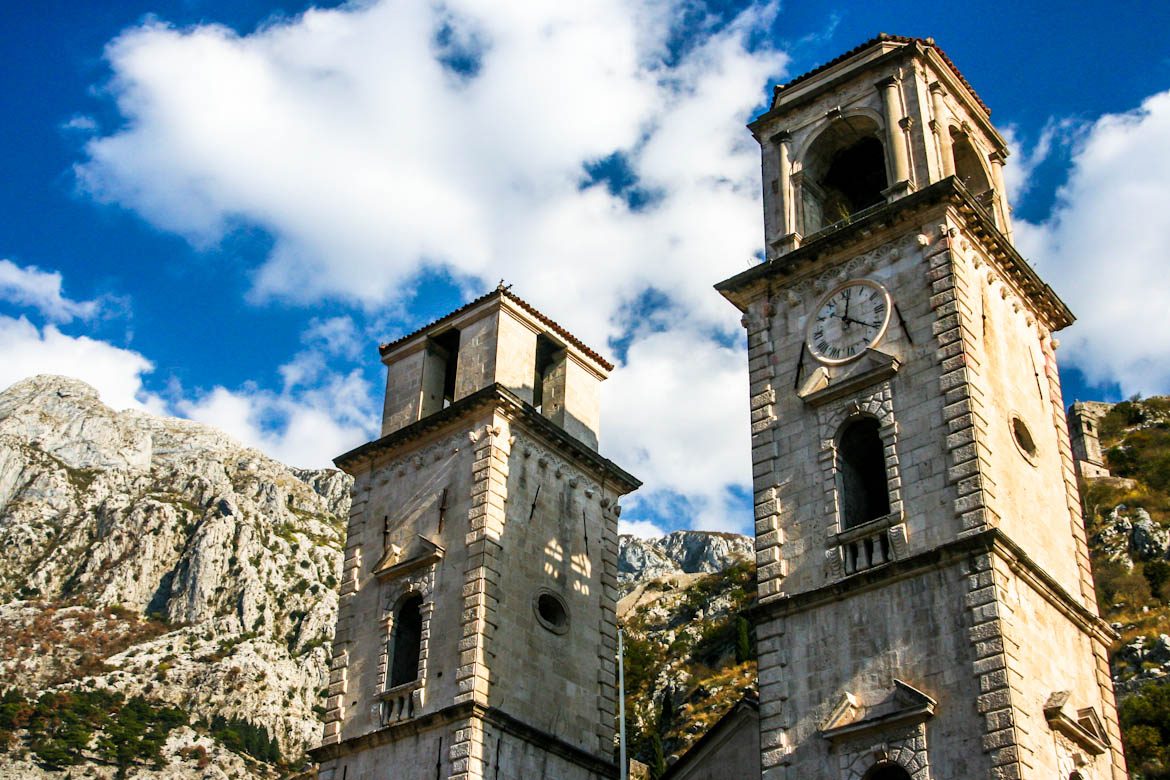 The Cathedral of Saint Tryphon in Kotor is one of two Roman Catholic cathedrals in Montenegro. It is the seat of the Catholic Bishopric of Kotor which covers the entire gulf, currently led by Bishop Ilija Janjić.

It is located in the city of Kotor, one of the best preserved and most beautiful medieval fortified towns in the Mediterranean. It was built in honor of Saint Tryphon (local name Sveti Tripun), the patron and protector of the city, on the same site where an older church had already existed long ago. That earlier church was built in 809 by Andrija (Andreaccio) Saracenis, a citizen of Kotor, where the remains of the Saint were kept after being brought from Constantinople (now also known as Istanbul). 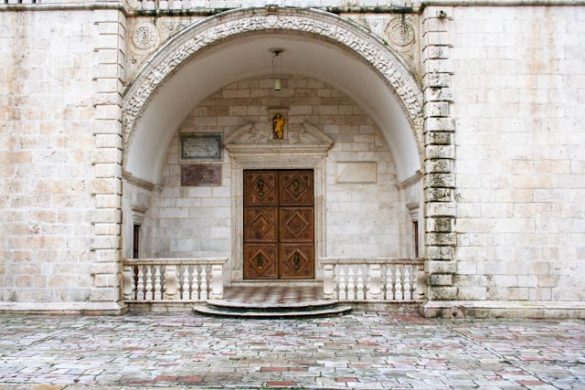 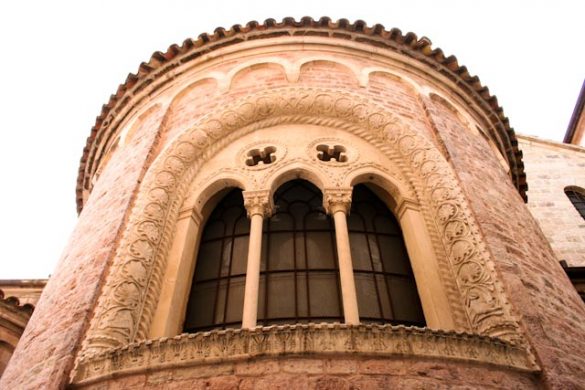 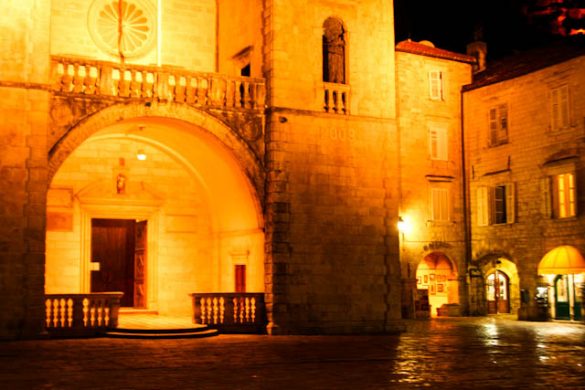 The Kotor Cathedral is a Roman Catholic cathedral that was consecrated on June 19, 1166. Compared to other buildings, the Kotor Cathedral is one of the largest and most ornate buildings in Kotor. The cathedral was seriously damaged and rebuilt after the earthquake of 1667, but there were not enough funds for its complete reconstruction. Another massive earthquake in April 1979, which completely devastated the Montenegro coast, also greatly damaged the cathedral. Luckily, it has been salvaged and the careful restoration of parts of its interior has not been completed until a few years ago. Today, this formidable piece of Romanesque architecture, one of the oldest and perhaps the most beautiful monument along the Adriatic Sea, is showing its splendor again.

It contains a rich collection of artifacts. Older than many famous churches and cathedrals in Europe, the Cathedral of St. Tryphon has a treasury of immense value. In its interior there are fresco’s from the 14th century, a stone ornament above the main altar in which the life of St. Tryphon is depicted, as well as a relief of saints in gold and silver. The most representative works of Kotor’s masters and craftsmen are kept in this Cathedral, making its collection quite unique.

The collection of art objects includes a silver hand and a cross, decorated with ornaments and figures in relief. It is only a part of the valuable objects of the Treasury of this unique sacral building which was the City Hall in the past.

Today, it is the best known tourist attraction in Kotor and a symbol of the city: the Saint is depicted in the city’s coat of arms, along with a lion and the Mount of San Giovanni (St. John).