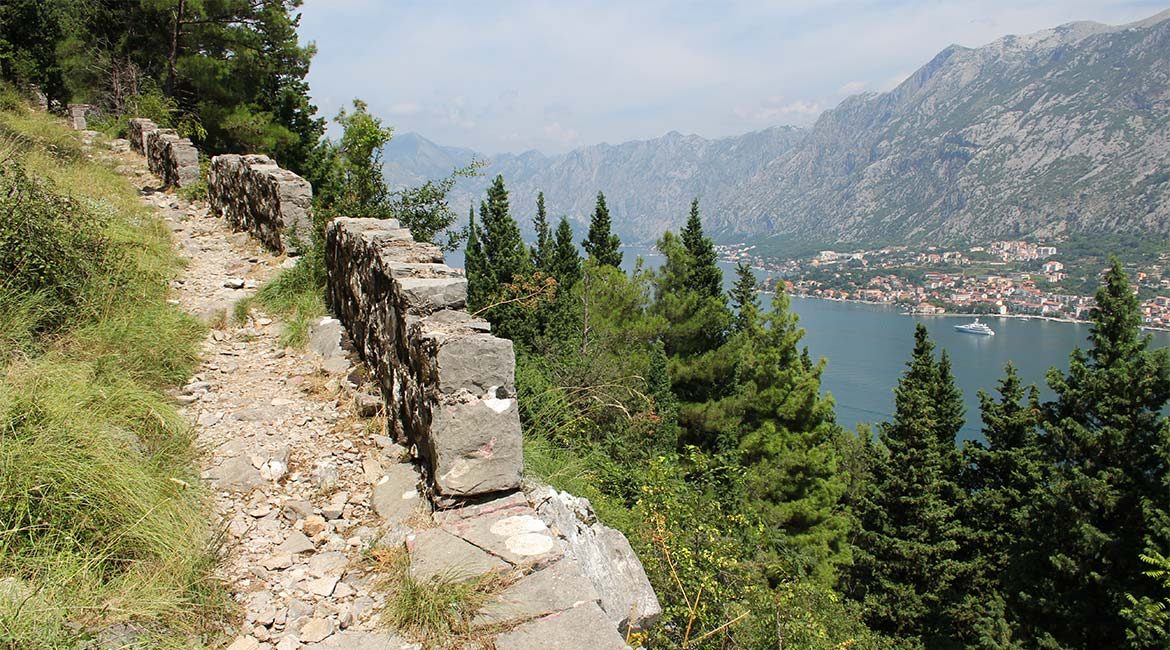 It is an extension of mount Lovćen, and is 710 meter high. It is located north of town of Tivat, and encloses town of Kotor from the south. The area is not very densely populated with 49 people per km2. The land area is not cultivated, most of the natural vegetation is still intact.

The landscape is mostly covered with closed broad-leaved deciduous forest. The climate is classified as a humid subtropical with no dry season and hot summers. The Vrmac ridge is also a popular hiking trail because it is one of the most easily accessible and scenic walks you can do on the Montenegrin coast.

Vrmac passes under mount Vrmac, thus eliminating the journey along the old curvy road that passes over the mount. The tunnel, which is 1,637 m long, connects town of Kotor with the Adriatic Motorway and the rest of Montenegro.

The tunnel was half-finished in 1991, but was then opened to the public as it was, because of the lack of funding to finish it. In 2004 work began to finish the tunnel, and to bring it up to European standards. The construction works, undertaken by Austrian company Strabag, were finished early in 2007, and the tunnel is now equipped with up-to-date lighting, ventilation and security systems.