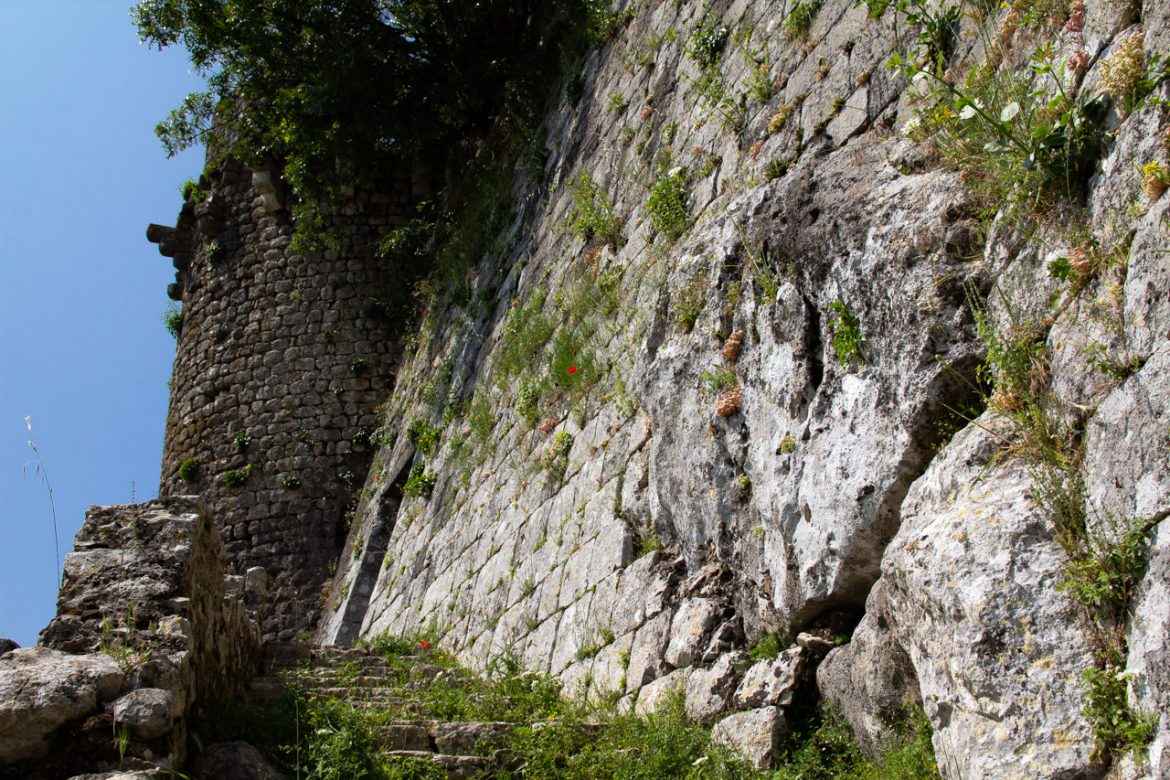 Žabljak Crnojevića is an abandoned medieval fortified town in Montenegro. The fortress itself is located on the confluence of the Morača river in the Skadarsko Jezero. It is believed that this fortress was founded in the tenth century during the reign of the Vojislavljević dynasty in then-known Duklja, whereas the first known written testimony of the fortress originate from mid-fifteenth century. The fortress served as the capital of Zeta under the Crnojević dynasty from 1466 till 1478, being the seat of Stefan and Ivan Crnojević. However, Ivan Crnojević was forced to move the capital in 1478 when the Turks seized the town during the siege of Shkodra, holding it until the decision of the Berlin Congress in 1878 when it fell under Montenegrin administration once again after 400 years of Turkish rule. The town has tall walls with towers, as well as one gate.

Within the walls can be found: Ivan Crnojević’s court, Church of Sveti Djordje that was turned into a mosque during Ottoman rule, housing and military facilities, a warehouse for clothes and a water tank, most of which are preserved. In the early 17th century, the town was under Turkish rule. The fortress had only one resident, the Dizdar Aga a Turkish official. Today, Zabljak Crnojevica is deserted but its suburb is still alive.